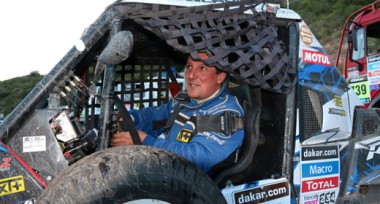 The weather was very hot today on the selective section of 180 km that joined Rosario and San Luis after a long road connection of 400 km. It was a short warm-up to let everyone find their own marks and the rhythm of the race, which has been announced as long and difficult.

The four Xtremeplus Polaris crews arrived to the bivouac wearing a smile; glad about their first stage and about their performances.

Willy Alcaraz N°350 – 63° in 2h59’07: “It was an amazing special, with beautiful landscapes. Awesome! The tracks were sinuous on plateau or foothills or right next to the mountains… It was very varied: rough, stony, fast, all kinds of terrain. I enjoyed it. The car is new and it worked very well. It was a beautiful day.”

Nicolas Duclos/Sébastien Delaunay N°364 – 79° in 3h00’33: “At the beginning, I drove calmly to take my pace and then I kept it. It was a beautiful special stage and it´s sad that I touched a slope because it was very slippery and that I lost tire pressure… So it felt like I was driving a truck until the end. The landscapes were amazing! One day down, tomorrow will be another day, and we will try to do the same.”

Yasir Saedan/Laurent Lichtleuchter N°386 – 79° in 3h07’17: “It was very slippery and sinuous, and that heats up the brakes and I didn´t have much grip. I also had one flat tire, but besides that there was an incredible amount of people along the roads, it´s magical!”

Gary Connell/Annie Seel N°366 – 86° in 3h10’04: “Splendid stage! The terrain was like it is in Australia, in the Safari Rally. Stones, narrow, sinuous… It was awesome, I had so much fun! We passed Robby Gordon twice, and also Ronan Chabot, it was fun! Only our brakes suffered due to the hot temperature and of all the braking.” 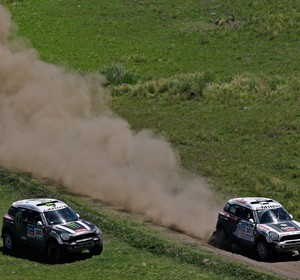 It was a very good start into the 2014 Dakar Rally, for the Monster Energy X-raid Team and the X-raid Team. Together with...
Copyright 2011-2016 Rallyraid.net - RISE Network. All Right Reserved.
Back to top