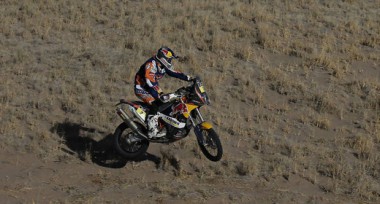 Red Bull KTM’s Marc Coma rode another competent stage in the 2014 edition of the Dakar Rally on Friday to complete the first half of this grueling race with a 42.17-minute lead in the overall standings. Coma was second in Stage Six, just one minute 15 behind leader Alain Duclos of France.

Coma, a three times Dakar winner, said later he was content with the stage, which had not been easy. “It is true that we did not have the same extreme conditions of the previous days. This allowed us to tackle the stage in a less demanding way. But in any case, it was still a special 400 km with some navigation and 15 km of extreme enduro, which complicated things quite a lot.”

But for Coma’s factory teammate Chaleco Lopez it was the end of the road for this year’s race. He crashed at a triple caution, a high drop off area, and sustained some wrist and hip injuries, for which he was being treated at the bivouac medical center. This ended his bid to be on the podium at the finish in Valparaiso and it will also be a disappointment for his many loyal Chilean fans. Lopez had dropped from overall second to third overall on Thursday after losing some time, but up until then he had been one of the best and most consistent riders.

Viladoms: “Today it was quite easy on the navigation but it was always on the piste, so it was necessary to stay concentrated because there was a lot of dangers. I just wanted to arrive safely here in Salta so today I was trying to go a bit easy. Tomorrow we’ll rest and prepare for the second half. ”

Przygonski said it had been quite an easy stage on Friday. “We were riding at a good speed in the small mountains. I had a few riders in front of me and there was a lot of dust but I got past them after about 100 km.” He said he was looking forward to catching up on some rest and recovery on the rest day.

It was an especially good day for Van Niekerk, who has been quickly advancing up the order after a set back in Stage Four on Wednesday. “I started in fourth today and couldn’t ask for a better starting position. There were a lot of forest roads and it was very dusty, but the guys in front of me were a little bit faster so I had quite a clear track for the whole day. I just wanted to stay safe today and get to the end.”

Riders now get a well-deserved rest day before tackling the second half of the rally, which starts with the second of the two marathon stages. They also mark another milestone in the history of the Dakar Rally, entering Bolivia for the first time.

Saturday will only be a rest day in the literal sense of the word. Riders and teams will be busy preparing for the next stages and taking care of essential maintenance on bikes and equipment. They still face another 4,500 km, including about 2,700 of timed kilometers before they reach the finish in Chile on January 18.

As a measure of the difficulty of this year’s edition, even before the start of Stage Six
the original field of 196 bikes had been cut down to 94 competitors. Red Bull KTM’s Ruben Faria, who was second in 2013 crashed out on Tuesday in Stage Three and KTM-supported rider Ben Grabham of Australia also crashed out on Wednesday after delivering several very strong stages.

Speaking generally about the difficulty of this year’s race, KTM Factory Team Manager Alex Doringer said on Friday that he believed this was the new reality of the Dakar. “Now it is difficult, like the Dakar should be,” he said. “We’re happy if it’s harder. That’s how it should be.” 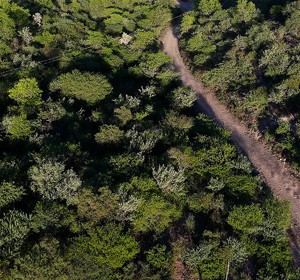 The 6th stage of the Dakar, marked by the announcement of the death of Belgian biker Eric Palante (see the special press...
Copyright 2011-2016 Rallyraid.net - RISE Network. All Right Reserved.
Back to top