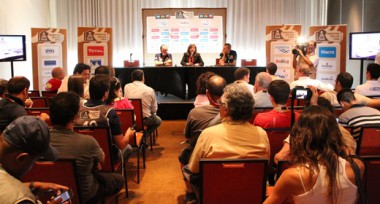 Two days before the start, the riders and drivers on the Dakar are focused on the major event. However, they have also had the opportunity to look ahead to the rest of their year with the official announcement of the Dakar Series 2014 calendar. The success of rally-raids on the South American continent since the arrival of the Dakar in 2009has incited the organisers to feed the appetite of the sport’s enthusiasts. In Argentina, the Desafio Ruta 40 offers an opportunity to explore its territory by following the Andes Mountain range and fine-tune driving skills on its tracks with plenty of character. With a view to optimal preparation for the Dakar, the riders and drivers had the opportunity last October to test themselves against the dunes during the Desafio Inca, organised in Peru in the heart of the demanding Ica Desert. Professionals and amateurs were able to find the challenges to suit them in the formats adopted for these events. Cyril Despres and Marc Coma or David Casteu on the bikes, Nani Roma, Orly Terranova and also Guilherme Spinelli in the car category, all took part in the Dakar Series en 2013… and are already eyeing up the titles to be collected in the coming months.

This year, the Dakar Series calendar has been enhanced with a new event. In July, the rally’s riders and drivers, as well as those hoping to make their mark in the future, will be awaited in Paraguay. The Desafio Guarani project, promoted by the former tennis French Open finalist Victor Pecci, now Paraguayan Minister for Sport, is entering into its final phase of accomplishment. Present in Rosario, the Minister for Tourism, Marcela Bacigalupo set out the programme drawn up over four stages in the south of her country, in the Gran Chaco then upper Parana regions, to the capital city Asuncion, taking in the counties of Ñeembucú and also Itapúa. The Dakar brand is set to conquer new countries… 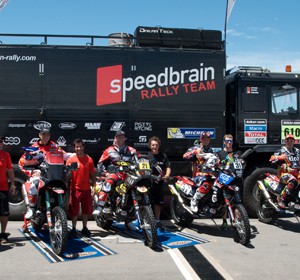