The reintroduction of soft sand saw the temperature rise on the desert trail towards Tucuman. 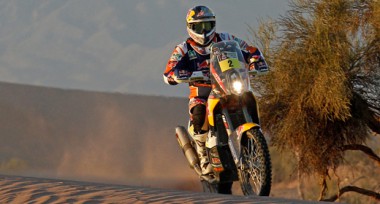 Organisers were forced to shorten Stage Five of the 2014 Dakar Rally running from Chilecito to Tucuman as searing heat threatened the safety of competitors. Emerging from the furnace were a select band of racers who had stood up to the heat and risen up the rankings.

When an early finish to the stage was called we saw Red Bull KTM Factory Team’s Marc Coma had made the biggest move in the bike race. The three-time Dakar winner won the stage with over 12 minutes separating himself from his team-mate Jordi Viladoms in second place.

Marc’s victory on Stage Five transformed the overall classification of the bikes as he took over top spot from Joan Barreda. The gap between Marc and second place Barreda stands at the significant margin of more than 40 minutes. Chaleco Lopez consolidated third spot on the leaderboard with a fine third place on Stage Five.

Elsewhere on the bikes it was another day of misfortune for Yamaha Factory Racing’s Cyril Despres. The five-time Dakar winner’s navigation problems resulted in a fuel shortage that cost the Frenchman plenty of precious time. Cyril now finds himself in the uncharacteristic position of being outside the top 10 of the general rankings.

Back inside the top 10 of the bikes we find Kuba Przygonski of the Orlen Team as the Polish rider continues to ride a controlled race during the opening week of the Dakar.

Kuba is not the only Polish visitor to the Dakar impressing over the first five stages, his Orlen team-mates Marek Dabrowski and navigator Jacek Czachor arrived in Tucuman holding 7th place in the car race. Just four places back we find Adam Malysz and co-driver Rafal Marton as the reasons to celebrate Dakar success for race fans in Poland carries on from stage to stage. 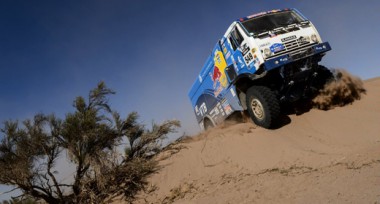 The fourth stage win in five days for Team Kamaz Master has put a new spin on the general ranking of the truck race. This time it was Dmitry Sotnikov who led the way for the Russians and promoted his overall race rank to fourth in the process. Reigning truck champion Eduard Nikolaev sits third with Andrey Karginov in second as Kamaz continue to breath down the neck of race leader Gerard De Rooy.

Before reaching tomorrow’s Rest Day destination of Salta, the pack of remaining competitors at the Dakar must first navigate through a maze of mountain ridges, valleys and riverbeds. 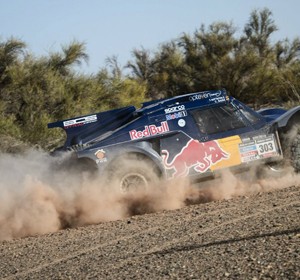 A series of problems puts a dent in Carlos Sainz’s ambition to recapture his Dakar title. Buoyed by yesterday’s stage...
Copyright 2011-2016 Rallyraid.net - RISE Network. All Right Reserved.
Back to top