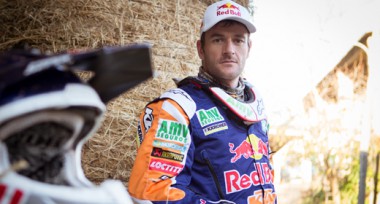 KTM goes to the Dakar 2014 with a new team structure, a brand new KTM 450 Rally bike and the determination to fight for a thirteenth title in the world’s toughest rally. Marc Coma of Spain leads the Red Bull KTM Factory Team’s title chase and is going for his fourth victory. Also in the factory team are Portugal’s Ruben Faria, Jordi Villadoms of Spain and Chaleco Lopez of Chile.

While the team was dealt a blow in November with the death of long-time KTM rider Kurt Caselli, they all go to the 2014 edition determined to honor his memory. Caselli was drafted into the factory lineup for 2013 after Coma was ruled out because of a shoulder injury and had a brilliant debut ride.

Marc Coma coming off a strong season
Coma bounced back from injury in 2013 to win the first three rounds of the World Cross Country Rallies Championship and finish the series second overall. When preparing for the Dakar, he underlined that full factory support and fitness were essential when conditions were so extreme. “It is important to take care of your body because the race is very long and very hard. I expect that this will be a very open Dakar. The other factories are coming up and it looks like it is going to be very interesting.”

New team structure, new bike
The factory riders have the all-new KTM 450 Rally bike as their weapon of choice and the team has both experience and depth. Coma has impeccable credentials. Faria, long time support rider for Cyril Despres, finished second in the 2013 edition behind his former teammate, while Lopez was third to complete an all-KTM podium. The Chilean is a tough and talented rider and is particularly at home in the Atacama Desert. KTM Team Manager Alex Doringer says that while going for the overall Dakar win is a given, when competitors cross the finish line in Valparaiso, he would like to see Lopez on the podium in front of his home crowd. “I have a good feeling for the motorcycle, the mechanics and the team. With the factory team we get good support and good material and that is very important for me. The Dakar is very hard,” Lopez said.

Villadoms, a late entry to the team, will be Coma’s support rider. He is an experienced Dakar competitor and was in the KTM factory team from 2006 to 2010. His best result came in 2012 when he finished fourth overall.

Longer, Higher, Tougher
Dakar organizers say the rally will be “longer, higher and tougher” in 2014. It starts in Rosario in Argentina on January 5 and riders encounter the first of two marathon stages (no mechanical assistance overnight) as early as Stage Three. They enter Bolivia for the first time after the January 11 rest day to face new terrain, including the giant salt flats in Uyuni. This is the second marathon stage so preservation of tires and machines will be important. Riders get their first glimpse of the Pacific at Iquique at the end of Stage Eight, which is also the most northerly point of this year’s rally. They then face the challenging Atacama Desert as they head south to the finish in Valparaiso, Chile, on January 18, 2014.

KTM has won the Dakar Rally every year since its breakthrough year in 2001, a statistic that also sets the factory team up as the most hunted in the history of the rally. There was no Dakar Rally in 2008 because of security concerns in North Africa.

KTM Customer Service
As always, KTM will also be at the Dakar with equipment, spares and expertise to support privateers who have signed up for the full KTM Customer Service package. This year they number around 40 and for many of them it is the adventure of a lifetime and a chance to compete with the sport’s elite. 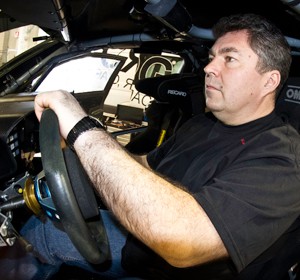 Since 2011 the German SAM-MERCEDES team has proved the reliability and quality of its race cars and assistance service. During...
Copyright 2011-2016 Rallyraid.net - RISE Network. All Right Reserved.
Back to top