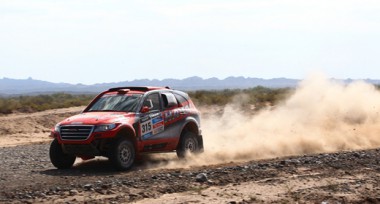 As a result of extreme temperatures, the organisers of the Dakar rally decided to shorten the lengthy Stage 5 by about 100 km due to safety concerns. The confusion caused by this resulted in navigational chaos among contestants. Overnight leader, Carlos Sainz, lost more than an hour due to not only getting lost, but also experiencing electrical issues with his SMG Buggy.

What does all of this mean to GWM/Haval Christian Lavieille (Number 315 Haval H8) did not experience an entirely uneventful Stage 5, having not only struggled with navigational issues but also stopping to change tyre pressures. He finished the stage with the 18th fastest time. However, due to significant time penalties to front-runners such as not only Sainz, but also Nasser Al-Attiyah (Mini), it was good enough to see the Frenchman move into the sixth overall position.

With one stage to go before the teams get a break, GWM/Haval team manager Pengcheng Su has denied that it will now put pressure on Lavieille to push harder, and to get into the top five. Su stated that the pressure appears to be on the big names fighting for the overall win, and that GWM/Haval will play the long game and only change the strategy when the race situation demands it. As it stands today, GWM/Haval is in its equal best-ever race position, with Carlos Sousa having achieved consecutive sixth places (2012 and 2013) in previous races. 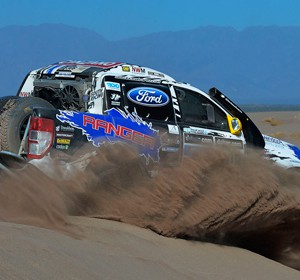 It was an encouraging turn of fortunes for Team Ford Racing today when Argentines Lucio Alvarez and Ronnie Graue (308)...
Copyright 2011-2016 Rallyraid.net - RISE Network. All Right Reserved.
Back to top