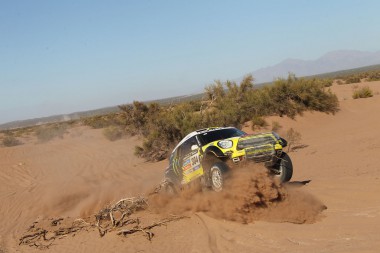 Day five, featuring the fifth stage from Chilecito to Tucuman, was a gruelling and first of all hot day for all the competitors. Nani Roma and his French navigator Michel Périn, however, proved to be unstoppable and secured not only the stage win but also regained the overall lead. Orlando Terranova (ARG) / Paulo Fiúza (POR) finished fourth, with their orange MINI ALL4 Racing, with French pairing Stéphane Peterhansel, Jean-Paul Cottret and their black MINI ALL4 Racing finishing right behind them, in fifth position. Krzysztof Holowczyc (POL) / Konstantin Zhiltsov (RUS) in the red MINI All4 Racing had to settle for finishing 21st. Nasser Al-Attiyah (QAT) and Lucas Cruz (ESP) finished fifth but received a one-hour time penalty and consequently, they dropped back to 22nd. 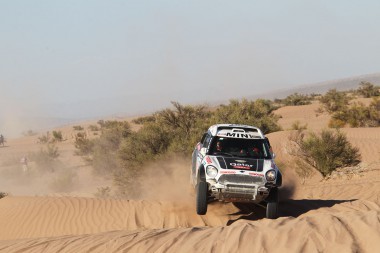 Actually, today’s special stage was supposed to feature a mileage of more than 500 kilometres, thus once again being one of the longest of the 2014 Dakar. Due to the extreme heat, however, the ASO opted for stopping the special stage early – after 429 kilometres, at CP1. Already at the end of the first part of the special stage – prior to the 111-kilometre neutralisation – the gaps on the time sheets proved to partly be massive. Because of the difficult navigation, numerous competitors had lost their way.

Périn however, the navigator of Roma, had no major problems when it came to finding the right way, thus enabling Roma to take the yellow MINI ALL4 Racing to the lead. “Michel did a fantastic job today,” the Spaniard beamed in the bivouac. “We got lost just once, in the dunes at the beginning of stage two. But you have to consider that we had to take the pathfinder role. Altogether, it was an extremely gruelling and hot day and I’m really happy to now be here in the bivouac.”

For Terranova, the navigation turned out to be crucial. “We had a good pace and things ran well for us but then, we certainly lost some 20 minutes while looking for a waypoint,” explained the Argentinean, who nonetheless was delighted by the difficulty level of the special stage. “The ASO did a great job. This was the most difficult special stage I had to race in my entire career to date.” Terranova now holds second position in the overall standings, 31 minutes behind Roma. 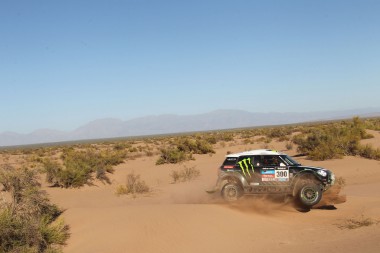 Peterhansel also regards today’s special stage as one of the most difficult ones he had to contest in South America to date. “This was a true Dakar special stage,” the Frenchman said enthusiastically. “From a driving point of view, it wasn’t big fun as the terrain was extremely hard for both our bodies and the material.” Peterhansel also got lost on the way to the waypoint and lost valuable time while looking for it. The French now holds third position, nearly 40 minutes behind Roma.

Al-Attiyah had even bigger problems when it came to the waypoint: “This was a difficult day for us,” he said. “Unfortunately we didn’t find the waypoint.” Therefore, he received a one-hour time penalty, dropped back to 22nd position in the stage ranking and to fifth in the overall standings.

Adrian Yacopini and Marco Scopinaro in the BMW X3 CC had an accident in the early stages. Yacopini was flown to the hospital for further examinations but the Argentinean already is back with the team. 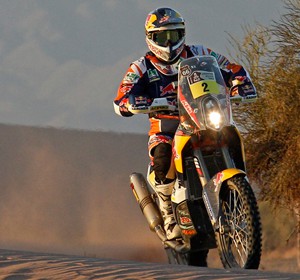 Marc Coma, the three times winner of the event, put distance between himself and his rivals on the day's stage, which was partially...
Copyright 2011-2016 Rallyraid.net - RISE Network. All Right Reserved.
Back to top