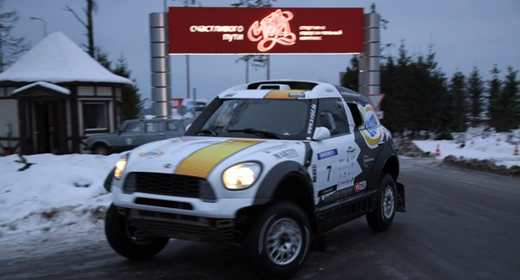 X-raid has only just returned from the South American heat – and now it hits the road to snowy Russia. The Baja Northern Forest in Russia represents the 2014 FIA World Cup season kick-off and the competitors will have to cope with extreme sub-zero temperatures! Completely new conditions for the MINI ALL4 Racing that demonstrated its desert qualities with the one-two-three secured in the 2014 Dakar Rally. One of the MINI ALL4 Racing vehicles will be raced by the young Pole Martin Kaczmarski and his Portuguese co-driver Filipe Palmeiro. The pairing that will contest the event for the LOTTO X-raid Team secured an excellent ninth place in this year’s Dakar Rally.

The second MINI All 4 Racing is the one of the Russian pairing Vladimir Vasilyev / Konstantin Zhiltsov who also convinced in the desert rally by finishing 10th. They will race for Team Nart Time that also is going to enter two BMW X3 CC prepared by the Trebur based workshop. These cars will be driven by Ruslan Misikov (RUS) / Vitaly Yevtyekhov (UKR) and Russian pairing Andrey Dmitriev / Vladimir Demyanenko respectively. 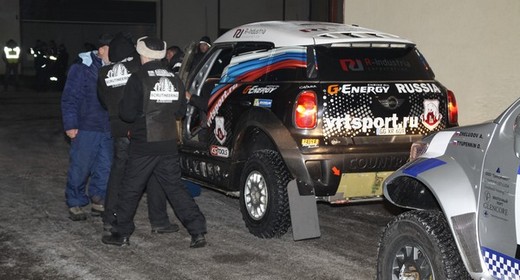 For X-raid, the switch from sand to snow and ice results in an extraordinary level of preparations. After all, the MINI All4 Racing is a vehicle fully set up for heat. In the Dakar, for instance, cooling the components represents a top priority – while getting engine, gearbox and differential to working temperature represents one of the technical main challenges in the ‘Northern Forest’. And don’t forget the drivers who also have to be ‘warmed up’. In addition, the MINI will be shod with studded tyres for more grip and traction on ice and snow. Meanwhile, the mechanics will be provided with heated tents, allowing them to work on the cars in the best possible conditions.

All the special stages will be contested in the ‘Igora’ ski resort, located some 50 kilometres from St Petersburg. On Friday, the competitors will race a six-kilometre prologue that will be followed by four special stages on Saturday and Sunday.

“We arrived a few days earlier to get the chance of testing all the modifications,” reveals X-raid Team Manager Sven Quandt. “Defining a goal in these circumstances is anything but easy. We just can’t anticipate how the MINI ALL4 Racing will cope with these conditions. After all, it was designed and built for extreme heat and not for extreme cold.” 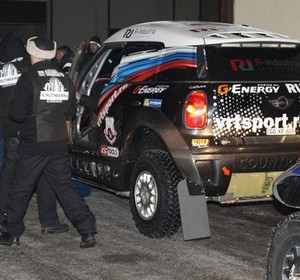