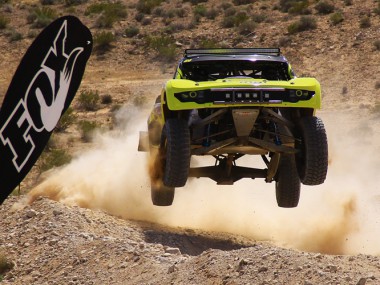 Many expected the matt black one to fall to pieces straight away and the bright orange one to come out on top, but if there’s one predictable thing about the Mint 400 it’s that you can’t predict anything!

The side-by-side start gives an instant advantage to the one that gets ahead as the loser instantly has a face full of a blinding screen of dust and can do nothing but back off. Off the line Speed Energy’s Robby Gordon tried everything to get ahead of Red Bull’s Bryce Menzies, including nudging him out of the way, but the all-or-nothing drag race into the first corner cost him dearly as his transmission broke after just 2 miles. 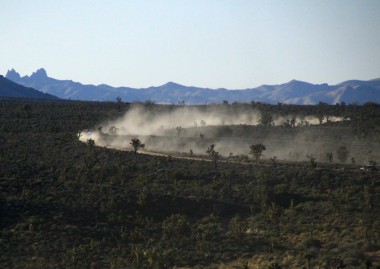 At the first mile a deep gully had a rough rise on the far side with big enough ‘whoops’ to lift most cars into the air. A few, going a bit too fast, were launched a couple of metres off the ground. Spectacular for photos but I couldn’t help thinking a little too much for the very beginning of an endurance race… and soon enough there were plenty of teams in trouble right away.

Beyond the expectations of a few other drivers Dale Dondel tore away into an 8 min lead by the time he came passed me near the start of the second lap. I stood by a long, wide left hander with a high sandbank on the outside to rest the rear wheel against, which kicked soft sand high into the dry air… He was visibly faster than anyone else and as his cloud of dust cleared second placed Menzies was just a tiny black dot ahead

of a line of dust on the far side of the valley. Unfortunately that was the last time I saw Dale, as after taking the fastest lap of the race on his first time around the engine let go on the second. “He builds his own trucks,” said event organiser Matt Martelli. “But he’s not the wealthiest guy out there so has to save some money on the internals. That often costs him dear…” 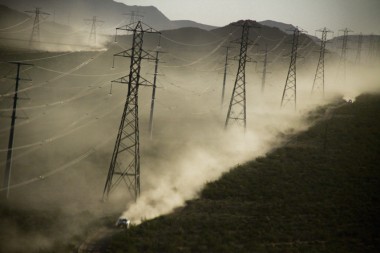 That left Menzies in the No. 70 Red Bull truck in the lead, the same place he finished in last year, but his time at the front was short lived. “We have very tough terrain here outside of Vegas,” Matt continued. “Lots of shale just below the surface and lots of sharp rocks ready to rip chunks out of the tyres so if you don’t have any tyre troubles in the race you can count yourself very, very lucky. It’s so tight at the top that one flat tyre can be the difference between first and 14th… But Menzies had four flats…”
And if he wasn’t far enough down the field already an argument with the Joshua tree damaged driveshaft and cost a lot of time. 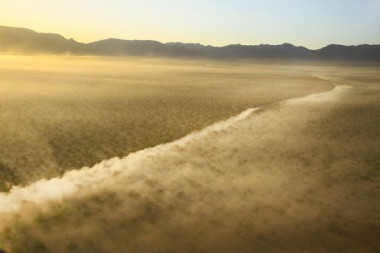 Back in 2008 Parnell the brothers resurrected the legendary Mint 400 which had lain dormant for a couple of decades and have unquestioningly succeeded in recreating the epicness of old. The 100 mile loop in the desert south of Las Vegas is a brutal route of constant whoops and jumps and would be hard enough for the crews if they only had to do it once. The Mint 400 is exactly what it says on the tin though. 400 miles, which means four laps so if the dust of your nearest competitors isn’t enough to deal with, three laps are full of slower traffic!
Europe was represented by the Lithuanian team of four time Dakar entrant Arunas Lekavicius in the infamous Pistol Pete’s team. “It’s quite similar to the Dakar Arunas explained. “Well… one day of the Dakar!” Despite struggling with engine issues all day they were leading their class by 16 minutes, until a picnic-paced tyre change meant that they came in second by 2 minutes. The mulleted team manager was very disappointed. 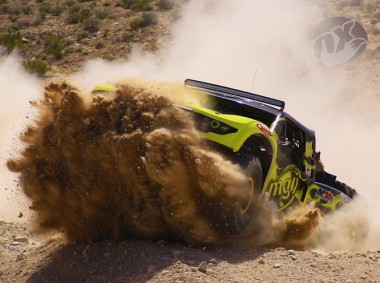 After the awards ceremony I asked Matt who he was most impressed with and his immediate answer was X-Games champion, ex-works Subaru rally driver and NASCAR racer Travis Pastrana. “There was a lot of hype around him coming up to this race but as it was his first ever time a Trophy Truck we agreed at the start that just finish would be a really major achievement. In the end he pulled off a near podium which for me is just incredible. Unheard of. Most of these guys have grown-up racing in the desert for him to step in and get 4th is totally amazing. He had a good truck with the Menzies team but the result was down to his driving and keeping out of trouble.” 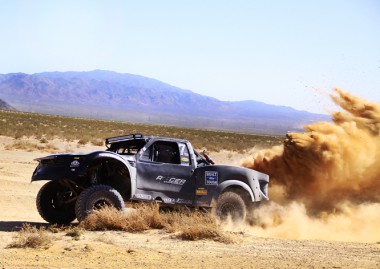 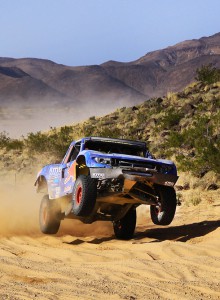 With so many having problems it was a clean run that was going to secure a good result and that was exactly what Andy McMillan did. In his first race for over a year the Coroner beer sponsored driver drove consistently, quickly and didn’t get a single puncture. On the podium one of his pit crew explained his surprise that the mechanics hadn’t touched the car with a spanner all day. It was close all the way though and the gap to the top was just 30 seconds for a lot of the race and the team are no strangers to small margins… they lost the race by 2 min last year. 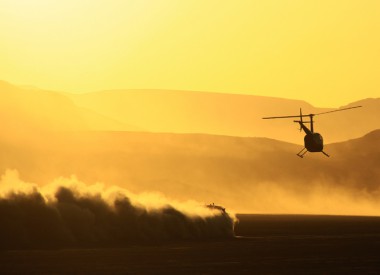 2nd went to the popular Mexican team of Tavo Vildosola who struggled with lots of little issues all day, one of them being the bodywork coming loose and obscuring the view… Quite an issue at 140 miles an hour across the lakebed! 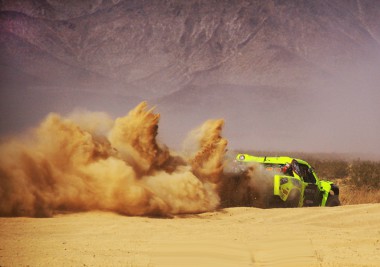 An incredible 331 cars spread out over 20 classes took the start, 163 made it back, all but the leaders taking the chequered flag before full night fell, powerful light bars cutting through dark as well as dust. 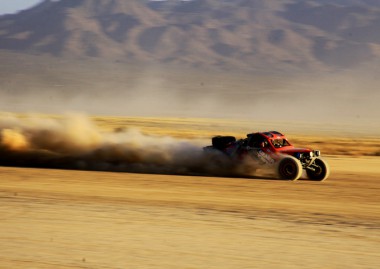 One thing worthy of a mention is that every single person who got up on stage to collect hardware turned over to Matt and his brother Josh to say thanks for the race they put on. The level of respect that the racers have for the organisers is second only to that at the Croatia Trophy!

I would like to say thanks to Emily Sturges-Miller for inviting me, Michelle Ng for looking after me, the volunteer chefs in the Freemont car park for the amazing food, Vincent Knakel for the taxi service, KJ Lowe for the stories and Matt and Josh Parnelli for running such an amazing race! 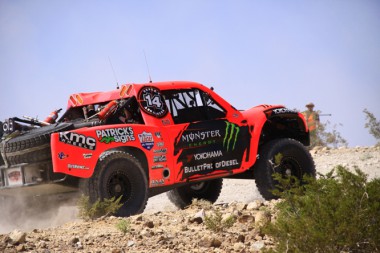 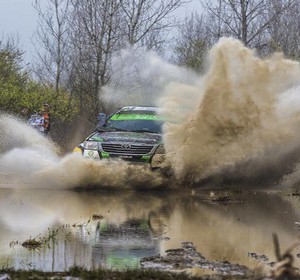