Peterhansel, Sainz and De Villiers can be the drivers of the Peugeot 2008 in2015’s Dakar 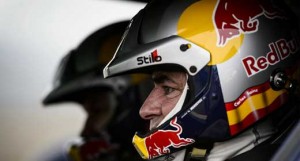 The Peugeot’s project for Dakar 2014 is very close to become a reality. The Lion Brand belonging to the French group PSA prepares a return to the raids, or rather, to the Dakar. Three names and one brand will mark the return of Peugeot to the Dakar.  Peugeot has dominated the late eighties editions where 205 T16 and 405 T16 made ​​history with the best pilots at the steering wheels.

More than two decades after that, Peugeot will have financial support from Red Bull to build three two-wheel drive buggies with the body of the Peugeot 2008. And the three winners of Dakar 2009, 2010 and 2013 will be the factory drivers: Giniel de Villiers, Carlos Sainz and Stéphane Peterhansel.

Peugeot will confirm this project later this month and they begin to developing the car before start an intensive program of testing and training in Morocco after the summer. 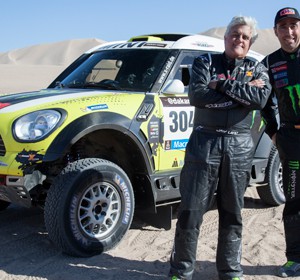 Last week, the MINI ALL4 Racing had a very special guest on board: US-American comedian and TV-show host Jay Leno drove the 2014...
Copyright 2011-2016 Rallyraid.net - RISE Network. All Right Reserved.
Back to top