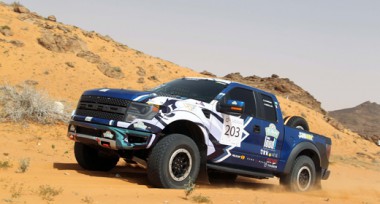 Third overall at the start of the day, the Saudis inherited the outright lead when the UAE’s Khalid Al-Jafla stopped with technical issues. Khalaf Joan reached the stage finish with the unofficial ninth quickest time and that was sufficient to take a slender lead over Owaid Mansi and Hamad Nasser in another Toyota.

Wednesday’s fourth leg offered 256.55km of desert competition for the cars in a route of 485.41km and 104.45km for the bikes, which started an hour after the cars.

Rajeh Al-Shammeri was the form driver through the first two passage controls and he had built up a virtual stage lead of 1m 05sec over Mutair Al-Shammeri by PC2.

Overnight leader Khalid Al-Jafla incurred a 33-minute penalty at the overnight halt and still led the event by 17min 42sec at the restart. He left Ha’il second on the road in his Chevrolet Buggy, but the Emirati had lost 14 minutes by PC1 and then stopped in the stage for over an hour and lost his outright lead trying to fix a technical problem, before stopping again. 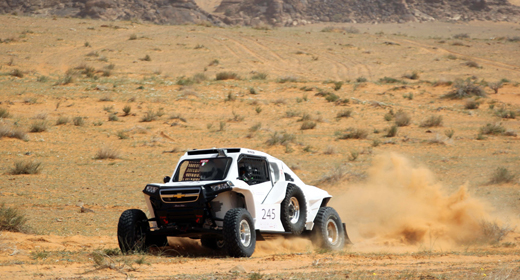 Built in Dubai, his Buggy was designed around the concept of a T3 Polaris RZR and evolved into a two-wheel drive Buggy with a Chevrolet LS1 and PBS transaxle. The car now runs with a Chevrolet LFX 3.6-litre V6 engine and an Albins transaxle in the T1 class. 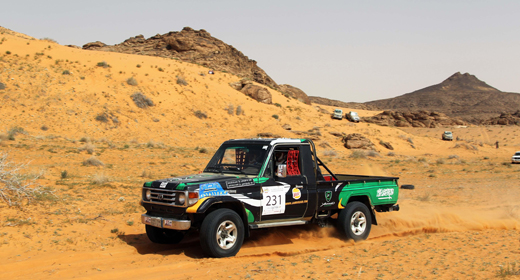 Rajeh Al-Shammeri, who began the day in 17th overall after first day woes, was the first to cross the finish line and set a target time of 4hr 02min 03sec. But Al-Kitbi was running well from a starting position of ninth overall and 15th on the road and he recorded the fastest time of the day of 4hr 01min 48sec in his Nissan Patrol.

Meshal Al-Khaledi headed the bike contingent into the penultimate stage with an overall lead of 2min 18sec, but it was fifth-placed Ahmed Al-Nasser who took up the running and was quickest at PC1. Al-Nasser held on to claim the stage win with a Honda CRF, but Al-Khaledi extended his unofficial overall lead in the bike and quad categories on his Yamaha. 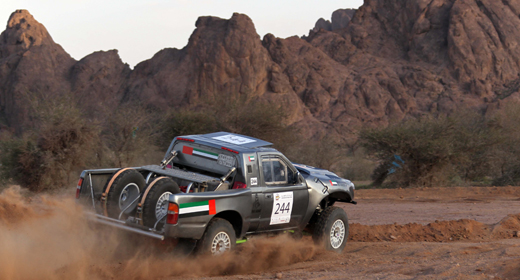 Majid Al-Jerpiea had stopped on Tuesday’s stage to assist the injured Waleed Khalid Zabeidi, who had fallen in the desert. Al-Jerpiea stayed with his fellow Saudi until the Civil Defence helicopter arrived to ferry the stricken rider to the Khalid hospital for treatment.

The SAMF runs under the chairmanship of His Royal Highness Prince Sultan Bin Bandar Al-Faisal and the event is being organised in conjunction with the High Authority for the Development of Ha’il.

Tomorrow (Thursday), is the final leg of the event and the cars will tackle a 146.02km selective section between Olehan and Kna’ in a day’s route of 296.59km. The bikes and quads will cross the same stage, but start one hour after the cars. The ceremonial finish will be at the Maghwat Conference Centre.

For its seventh edition in South America, the Dakar is returning to the concept of a looped route, with the start and finish...
Copyright 2011-2016 Rallyraid.net - RISE Network. All Right Reserved.
Back to top