Following the season kick-off in Russia’s ‘Northern Forest’, the X-raid team now is going to compete in a warmer environment, this weekend: in the Baja Italy, (14th to 16th March), the second round of the 2014 FIA Cross Country Rally World Cup. The first MINI will be raced by the Russian pairing Vladimir Vasilyev / Konstantin Zhiltsov. Following the season kick-off, they currently hold second position in the FIA World Cup standings. The LOTTO Rally Team MINI ALL4 Racing will be driven by Poland’s Martin Kaczmarski (POL) and his Portuguese co-driver Filipe Palmeiro (POR) who finished fourth in Russia.

The Baja Italy will be started on Friday, 14th March, with a 7.75-kilometers ‘Super Special’. Both on Saturday and Sunday, the competitors will cover a total special-stage mileage of about 165 kilometres. All the special stages will be contested in the area around Pordenone in northern Italy. 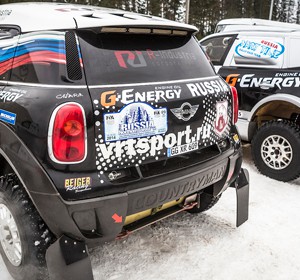