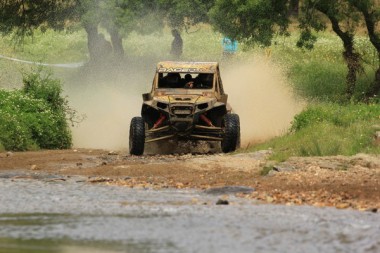 It’s was in a great mood that Reguengos de Monsaraz, in the Alentejo Region in Portugal received this year’s edition of the Vinhos Ervideira Rali TT. For the teams in the Buggy/UTV category this was their second round, but because they raced in this event together with the Car category – for this last ones it was the opening round of the season – brought extra animation to the event that take advantage of the holiday of 25th of April to start at a Friday.

In Portugal, this small but very fast machines race under the laws of the Portuguese Motorbike Federation, in opposite of what happens elsewhere, where they race inside the car category and under the FIA T3 Regulation. The particular detail makes the entry of new teams much more easy, and at the moment this is one the most popular categories in the championship, with a lot of vehicles being very fast and able to do stage times similar to the top cars or the public the Buggy/UTV race was a very good motive of interest and an extraordinary racing spectacle with 24 drivers at the start. 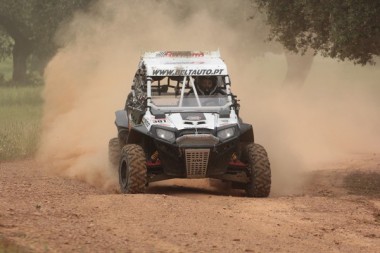 Among the buggies the new motive of interest was the presence of a second Rage Conet, to be driven by the driver that represents the British company in Portugal, Bruno Martins, and also for the debut in race of the JB 1300 with a Hayabusa Engine, driven by Pedro Mendes, nephew of the great champion Santinho Mendes. This car was to be seen in public for the first time in the Motorracing Exibition in Lisbon in the stand of Todoterreno.pt / RISE Media that was there to promote off road sport.

Also worth mentioning that Pedro Perino and Nuno Martins came to Portugal from Mozambique. They will share the steering wheel of the Speedrage Rangel Racing Team Car. 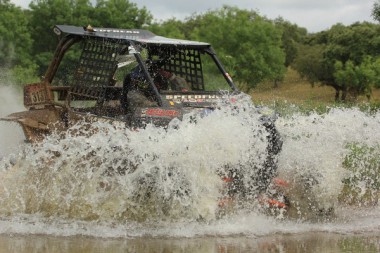 The early leader was António Ferreira with his spectacular Rage Sport that simply dominated the prologue. The second spot was occupied by the Polaris RZR of the Speedfreal Team, driven by Vitor Santos that needed 2m7s more than the winner to get to finish. Also in one Polaris RZR 1000 was the 3rd that was the 2012 champion João Lopes, of the team JLRacing/First Stop/Pneudirecto. On 4th place finished Bruno Martins in his debut at the wheel of the Race Conet, in front of the CanAm of the Formula95/Race Punk team driven by Jorge Monteiro.

On the negative side was the reigning champion Nuno Tavares who didn’t manage to get better than a very modest 14th place, leaving himself very far from the fight for the overall win of the rally. Among the ladies Dorothee Ferreira was the fastest, finishing the prologue in 15th place.

The second day of the Vinhos Ervideira Rali TT included 2 special stages, one with 74 kilometres and a second one with 147. 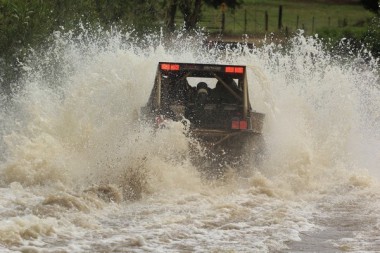 Starting the 1st stage from the 8th place was the winning duo made by João Dias/João Filipe at the wheel of a Polaris RZR, finishing with the advantage of 1m16s over the 2nd. The fight for the win was intense during not only the 1st stage, but also on the second one, but after the total of 227 km the win was for the driver of the Diabolicc/RacePunk/Novodia café.

Showing a great performace was Nuno Tavares that after starting the 1st stage in 14th, finished the 74km of SS1 in 2nd spot. During SS2 he needed to stop to change wheel wend his difference for the leader was almost inexistent and this made him lose precious time. Finished the race with a disadvantage of 2m43s for the winner but kept the leadership of the championship.

Another protagonist in the fight for the overall win was Vitor Santos that finished his race in 3rd place. Starting the race in second spot, soon he overtook the Rage of António Ferreira, but unfortunally during the manoeuvre a collision between the 2 cars damaged a rear suspension. After this the driver almost decided to stop his race, but after a check he saw that can continue and started to push hard opening the stage in front of all the other buggies. But bad luck never strikes only once, and wend he reached one of the slower quads, a stone lifted from the ground by the quad hit the radiator and made him to slow his rhythm.

The 4th place was for Jorge Monteiro, the 2010 champion in his CanAm, and it was the 1st “non Polaris” finishing at 1m18s from the 3rd classified.

In 5th place overall finished the 1st Buggy. Bruno Martins won his class in the debut race of the Race Conet.
Behind the Race buggy finished four more UTV, and all of them Polaris: 2 with 900cc engine and 2 with 1000cc engine, making this small machines much more successful than the buggy and dominating the Buggy/UTV class.

Among the ladies the surprise came from Rita Oliveira who also made her debut on this race and won over the much more experienced Dorothee Ferreira that had problems on her Polaris XP.

The next round of the championship will be between 31 May and 1 June, in the South of Portugal, in the Algarve region where it will be raced the Baja TT Terras de Alcoutim. 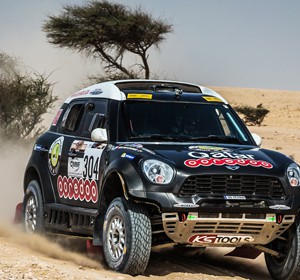 Just two weeks after the triumph in the Abu Dhabi Desert Challenge, X-raid celebrates its next success. In Qatar’s Sealine...
Copyright 2011-2016 Rallyraid.net - RISE Network. All Right Reserved.
Back to top