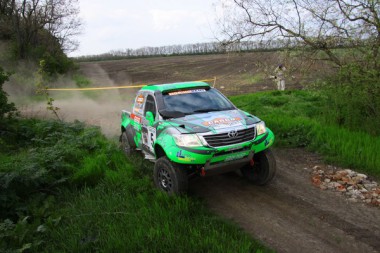 Antal Fekete and György Tóth clocked best time at the Superspecial of Túrkeve Cup, held Friday afternoon near Kétpó. The Toyota crew was followed by Lukasz Komornicki from Poland and Zdenek Porizek from Czech Republic.

After the ceremonial start in Szolnok a Superspecial near Kétpó opened Túrkeve Cup on Friday afternoon. On the 17 km track Antal Fekete and György Tóth (Toyota Hilux) were the fastest in front of the Polish crew of Lukasz Komornicki and Ernest Gorecki (Chevrolet) and Czech Zdenek Porizek and his Slovakian co-driver Marek Sykora (H3 EVO). “This track suited our car. The Toyota is fast and its suspension worked very well on this undulating and twisty road but the first place was a surprise for us,” – Fekete said in the finish. 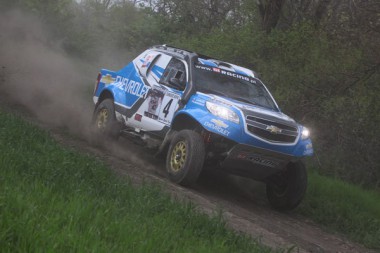 Komornicki’s brand new Chevrolet, which is racing in only its second event after winning its debute rally some days ago, suffered gearbox problems in the Superspecial and moreover they caught up with Erik Korda who drove almost the whole stage with a rear left puncture. Third placed Porizek and Sykora also drove about 6 kilometres with a flat tyre. 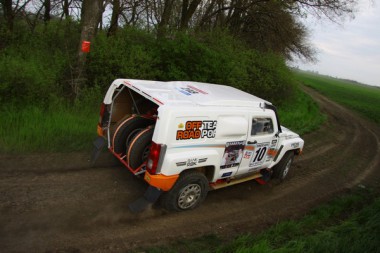 Behind them, two times Hungarian champion Károly Fazekas (BMW X6), Zoltán Hangodi (Klement Mosquito) and Zoltán Kaposi completed the top 6. According to the new rules the first five drivers can choose their start position for the next stage, so the teams will start in the order Fazekas, Komornicki, Fekete, Hangodi, Porizek Saturday morning.

On Saturday five specials are scheduled with almost 250 kilometres against the clock. On Sunday the rally ends with three more specials, then the crews return to Tiszai Hajósok tere for the prizegiving at 4 pm. 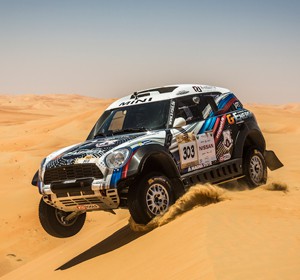 Russian “duo” Vladimir Vasilyev/Konstantin Zhiltsov secured the win in the third round of the FIA Cross County Rally...
Copyright 2011-2016 Rallyraid.net - RISE Network. All Right Reserved.
Back to top