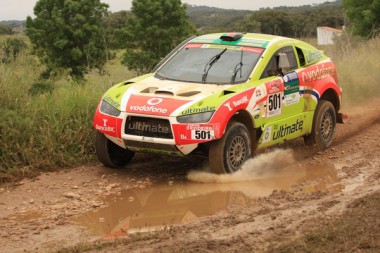 Before the race the expectations were high due to the outstanding field that showed up for this opening event of the season. There were plenty of new cars (two Overdrive Toyotas, one new Mercedes Proto, one new BMW X5 ex-works), some drivers witched cars since last year, some returns and even some new teams that is always good news for the sport. 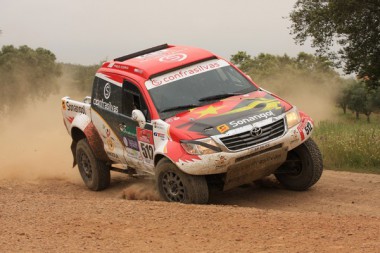 The favourite for this race was without any doubt Miguel Barbosa in his Racing Lancer, but the list of potential serious rivals was huge: Rómulo Branco in Toyota Overdrive, Ricardo Porém in BMW Series 1 Proto, Nuno Matos in Opel Mokka Proto, Paulo Ferreira in Nissan Navara Off Road, Rui Sousa in D-Max Proto, Paulo Graça in a second Nissan Navara Off Road and Alejandro Martins in a Toyota Hilux Overdrive. Beyond these threats to Miguel Barbosa’s victory, there was a second line of drivers, that could theoretically become part of the group.

The race itself began on Friday, with two passages on a short track of 5 kilometres through the fields of “Herdadinha” farm, propriety of the main sponsor of the event. Here, without any surprise, the winner was Miguel Barbosa in the Racing Lancer. Second in the opening stage was Ricardo Porem, who just returned in a BMW Series 1 Proto, but a new one, since his old Series 1 is now driven by someone else. 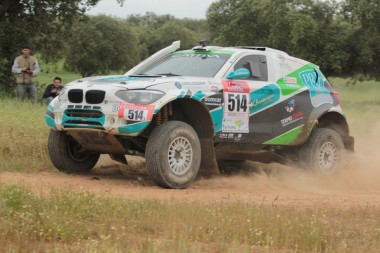 The 3rd place was also no suprise: Rómulo Branco is showing a fast adaptation to his new Hilux this 1st stage was not only good for him, but also a serious warning to the adversaries.

4th after the 2 rounds by the prologe was Nuno Matos and Filipe Serra on board the Opel Mokka Proto, wich left in everybody the idea that the car finally got the necessary reliability that last year was so far away. And in 5th finished Alejandro Martins, with the second Toyota Overdrive of the field. 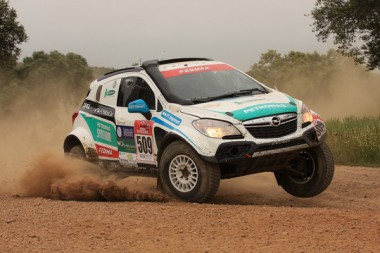 For the second and main day of the race, the drivers had to face 2 special stages, similar in all details, starting and finishing in the “Herdadinha” Farm. Each stage had 150 km of length in the plans and hills of the region, crossing the typical forests of the region and with parts of dusty ground and others with some stones. In some places there were some deep river crossings, always popular among the fans but not so much among the drivers.

The cars were last to start the race, after all other categories (bikes, quads and Buggies), so they had to face in some kilometres of a more dusty track.

For sure it’s no suprise that in the 1st race of the season there are always problems for the teams, most of them due to the youth of their projects, and this race was not diferent. Even some older projects had problems, like Rui Sousa’s that not even had the chance to start the race.

The race ended prematurely for Nuno Matos due to problems with the steering, João Belo’s Astra Proto (the second car of the team of Nuno Matos) with engine problem, Andre Amaral in a Mercedes Proto, Paulo Ferreira in Nissan Navara and Lino Carapeta in his new and improved Bowler Wildcat just to name a few of the more known names.

Regarding the fight ont he top, six times Portuguese champion Miguel Barbosa had this time some really serious competition. Both Rómulo Branco and Ricardo Porem finished the 1st stage very close to the Racing Lancer. Branco only needed 54 seconds more, and Porem 1m23s. 4th place was at the time ocupied by Nuno Matos, at 7m44s from the leader, but showing a strong performance. In 5th place was Andre Amaral in the Mercedes.

For the second stage Romulo Branco charged all his weapons and started a strong attack, making no prisoners and driving at full throttle from start to finish. For the public it was very spectacular, but unfortunaly not the most effective. The Toyota was for some short moments in the lead, after overtaking Porem on the road and gaining enough time on Barbosa, but running off the track once made him lose time and also the 1st place. Still, until the end the tatics remained the same: full attack, something that the crowd loved.

With the small problem of Romulo Branco not only Miguel Barbosa recovered his lead, but also Ricard Porem overtook the Toyota on the road, but, unfortunally for the BMW driver, he didn’t in the result list, so he had to settle for the 3rd place. Stopped and out of the race were Nuno Matos and Andre Amaral, and with this Paulo Graça climbed to 4th and Alejandro Martins to 5th on the stage.

After the 2 stages of the day, on top of the classification was Miguel Barbosa, with a lead that could be considered small, since after 300 km against the clock, he only managed to get 2m56s of advantage over Romulo Branco (2nd place), and we shouldn’t forget the exit of the road of Romulo, otherwise, he was the most likely winner of the race. A strong return on the championship was made by Ricardo Porem, who got an excelent 3rd place with his new car in the end of the race, 5m24s seconds behind the winner.

4th was Paulo Graça in the Navara Off Road. He made a good race, without problems and it paid off in the end, but still finished with a 20 minute gap from Barbosa. 5th was Joăo Cardoso with the gorgeous Evoque Cattiva.

What they said after the race:

Miguel Barbosa, winner:
“It was a good start for us. It is always good to start with the right foot, and with this victory we gain 25 points wich are very important. We had a great fight with Ricardo Porem and Romulo Branco, wich is excellent for the sport and is a good show for the public. At the moment i’m very satisfied with the result, because my goal was achieved.”

Romulo Branco, 2nd:
“I’m very satisfied, not only because of the result, but also by the way I felt perfectly adapted to the new car. It’s a machine with a much higher level than the one I drove in the last years. I was careful in the prologue that was slippery, but today I felt that I had conditions to increase the speed and I was able to improve my position and reduce the disadvantage towards Miguel Barbosa. I had a small problem in a tight corner. I took it a little bit too wide and the car got out of the road, being stuck as a result. I was overtaken by Ricardo Porem, that I already had overtaken before, and I can only recover when the organization helped me to get back to the road again. The victory got out of my reach, but I was able to keep the second place, wich for a begining of a new project is an excellent result.”

Ricardo Porem, 3rd:
“It’s was not easy. 30 km after the start of the second stage our wind screen wiper stoped working, and that made my task very hard. We knew that the second passage will be hard, and the truth is that was impossible for us to make better, even because towards the end I felt the engine to start to have problems. This result is inside what we had as an objective. I’m very happy with the result, but now is time to start to work, to be able to show again our value in one month time and achieve another good result.”

The Portuguese championship continues in one month, from 31 May to 1 June with the Baja Terras de Alcoutim in the Algarve region, in the south of Portugal. 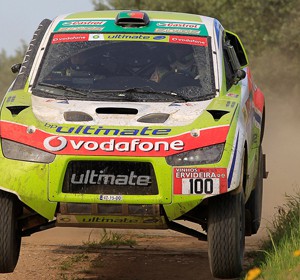 The 26th edition of the Vinhos Ervideira Rali TT will start in the next friday, 25th of April.  This race will be the 1st one of the Portuguese...
Copyright 2011-2016 Rallyraid.net - RISE Network. All Right Reserved.
Back to top