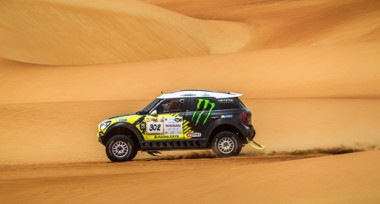 Partnered by French co-driver Michel Perin, Roma powered his Mini into a lead of 11 mins 29 secs from Poland’s Marek Dabrowski and Jacek Czachor in a Toyota Hilux on the

290-km Yas Marina Circuit Special Stage 1 as the rally swept through the giant dunes of the Western Region of Al Garbia.

Finishing the day in third place in the cars category was Dutchman Erik Van Loon in a Mini, with the top six completed by Russian Vladimir Vailyev in another Mini, and Brazil’s Reinaldo Varela followed by Poland’s Adam Malysz, both driving a Toyota Hilux.

The UAE’s Yahya Alhelei made a solid start in his new Nissan Pick Up, completing the stage in eighth place, just ahead of Saudi Arabia’s Ahmed Al Shegawi in a Chevrolet.

At the finish, reigning Dakar Rally champion Roma said: “There were a lot of dunes, but I had no problems and navigation is going well. I’m testing some new systems in the car and it’s going very well so far.”

Alhelei, partnered by Emirati co-driver Khalid Alkendi, said: “Today was very difficult with some big jumps. Also, it is a new car and I need more practice. I had problems with the shock absorbers, also no reverse gear, but being a Nissan it keeps going.”

The rally bivouac, near the spectacular Qasr Al Sarab Desert Resort, was a hive of activity later as mechanics got to work on cars and bikes to prepare them for tomorrow’s 269-km ADNOC Special Stage 2. 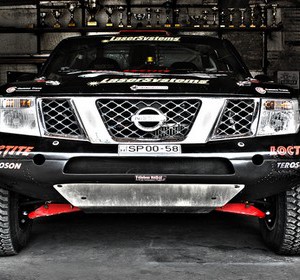 It’s less than one week left until the opening event of this year’s season in the Hungarian Cross-Country Rally Championship,...
Copyright 2011-2016 Rallyraid.net - RISE Network. All Right Reserved.
Back to top