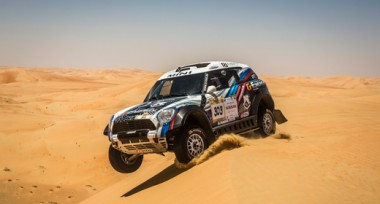 The Mini All4 Racing driver was catapulted into contention for an inaugural title after taking the biggest win of his career at the recent Abu Dhabi Desert Challenge. The 60 points he earned, coupled with 33 he amassed at the two Baja events in Russia and Italy, make him the early season favourite to win this year’s title.

He will be hoping to follow in the footsteps of his Polish team-mate Krzysztof Holowczyc, the defending champion who also drives a Mini All4 Racing in the five-day event being organised by the Qatar Motor and Motorcycle Federation (QMMF). 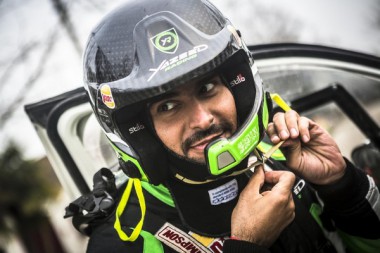 Saudi’s Yazeed Al-Rajhi is the Russian’s closest rival heading into the fourth round of the championship and the second of the long-distance Marathon events. Al-Rajhi switches back to a Toyota Hilux for this rally, having won both the Bajas in Russia and Italy at the wheel of the Overdrive Racing car.

Toyota colleagues Adam Malysz and Marek Dabrowski, both from Poland, are the closest challengers after three rounds, although a good result for either Czech driver Miroslav Zapletal or Brazilian Reinaldo Varela would put them in contention.

Firm favourite for outright victory in the car category is the 2012 winner Nasser Saleh Al-Attiyah, who returns to the X-raid team to drive a Mini All4 Racing for the first time since the Dakar Rally in January. The Qatari has a detailed knowledge of his local desert and a 60-point haul for first place would lift Al-Attiyah into contention for a second FIA World Cup title and may well change his plans for the remainder of the season.

“Sealine will definitely be an interesting event with several potential winners,” said X-raid Mini team manager Sven Quandt. “Nasser will be out to win at home and, at the same time, Vladimir and Yazeed are fighting for FIA World Cup points. Krzysztof and Martin (Kaczmarski) have also got what it takes to get to the very top. For me, it is important that we repeat the result we achieved in Abu Dhabi.”

FIA World Cup for Cross-Country Rallies – positions after round 3: 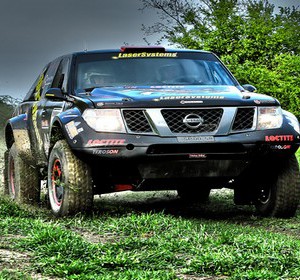