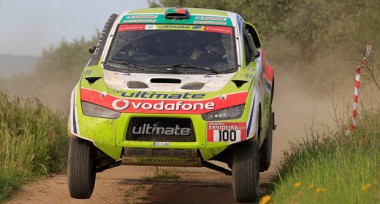 The 26th edition of the Vinhos Ervideira Rali TT will start in the next friday, 25th of April.  This race will be the 1st one of the Portuguese Championship and also the 1st of 4 that make the new Iberian Trophy
The opening race of the championship organized by the Portuguese federation,  will be held once again in the surroudings of the city of Reguengos de Monsaraz, in the Alentejo Region in Portugal, and will see one outstanding caravan runing the fast tracks of the region

If the champions  of 2013 will start has favourites, the fight for the top positions will be really hard and intense.  Behind the Racing Lancer of Miguel Barbosa – tha actual champion, will be a numerous and very fast group of drivers extremly well equiped.

New to the CPTT will be the Toyota Hilux Overdrive of Romulo Branco, that comes to the Vinhos Ervideira Rali after one excelente opening result in the Italian Baja and from a win in the following week in the opening round of the CERTT (the spanish championship).  In a similar machine of Romulo Branco will be another driver, Alejandro Martins, that will make his debut at the wheel of the japanese pick up.

Ricardo Porem returns to the CPTT after on year almost stoped. The young driver from the city of Leiria will also have a new and upgraded version of the BMW Series 1 build by the Depieres workshop.

Has for Nuno Matos he is also taking part in the race, with his Opel Mokka Proto. The FIA T2 Champion of 2010 hopes to finally achieve the necessary reliabilty to start to score good results. Together with Nuno Matos will be João Belo, driving the Opel Astra of the Team. Both driver and car where stoped from some time, and for the 1st races the goal is to start gaining rhytim.

Lino Carapeta is another driver with great hopes for this year, since his Bowler had gone under a extensive recontruction and is a completly new car, with a new and very fast engine

Still in the “returning” chapter, is João Ramos , that after some years stoped decided to bring back is RAV4 to the CPTT. If he can keep is car in one piece, he will be a serious contender for the top places.

The Proto Vangest of Carlos Oliveira is another great car that will be at the start line. Similar in conception, but with some important diferences to some of the portuguese build Protos, this could be a good race to show all the potential of this very good looking machine.  Also very good looking is the new Proto Mercedes of Andre Amaral that will also debut in the “Ervideria”.

Candidates to a good place are also Paulo Ferreira and Paulo Graça, both in Navara Off Road.  Rui Sousa is another one with his eyes on the Podium

Also with a good set of wheels are João Cardoso, with the gorgeous Evoque Cattiva, Pedro Ruivo with the BMW Series 1 Proto that was from Ricardo Porem and Pedro Verissimo with the Navara that was from Alejandro Martins.
After the outstanding list of cars, is also important to mention that there also be competition among the T2 caravan, the cars more close to the normal production cars that we can all get from our local dealer.

Edgar Condenso (in Isuzu D-Max) and Alexandre Franco (in Nissan Navara) will recover last year’s fight, but with trying to keep close eye on them will be the returning Nuno Tordo that will drive one Nissan Pathfinder full of history, since this car was the one that the great champion Stephane Peterhansel used wend he moved from the bikes to the cars.

The race will begin friday, the 25 th of April in the morning for the usual administrative and techincal checks.  Than in the afternoon, in the Ervideira farm grounds it will be held the prologe.

The big race day will be saturday, where the teams have to tackle 2 special stages, both with 150 drawed in the beatifull region near the city of Reguengos de Monsaraz. 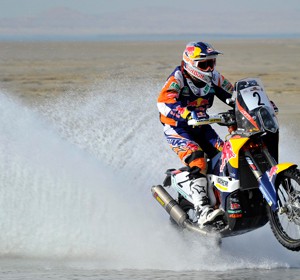