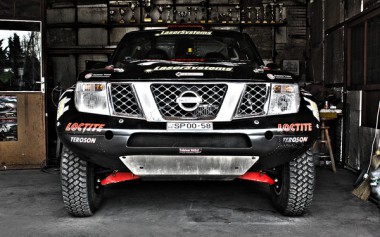 It’s less than one week left until the opening event of this year’s season in the Hungarian Cross-Country Rally Championship, which will be held in Túrkeve on 11-13 April. Sólyom Team has already repaired those damages that HAWKING suffered during the test two weeks ago. The broken front bumper has also been repaired, proving Olivér’s sense of humour, by stitches.

Olivér Sólyom: “I like the stitches on the car, it’s somewhat Frankenstein style. I think this won’t determine how we perform in Túrkeve. Our plan is to measure and to get used to what the car is capable of in race situation. I would like Túrkeve Cup to be an effortless race in good atmosphere.” 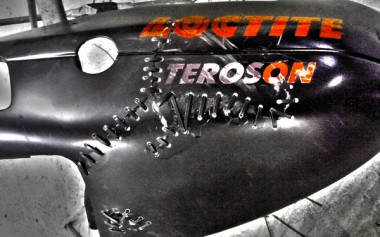 Sólyom Team will be represented by two cars: in category TH the crew István Gyabronka – Gábor Radics, in category T1 the crew Olivér Sólyom – Mátyás Galbács will fight for the victory. The team expects everyone at the spectator areas and at the service park. 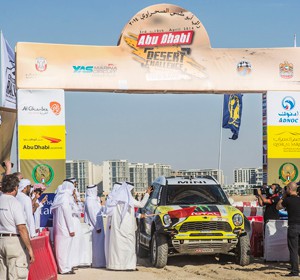 Nani Roma and his navigator Michel Périn have won the prologue of the Abu Dhabi Desert Challenge with their MINI All4 Racing ...
Copyright 2011-2016 Rallyraid.net - RISE Network. All Right Reserved.
Back to top