X-raid with five MINI ALL4 Racing vehicles to the desert 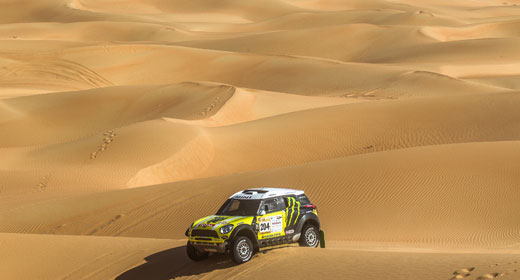 Following two Bajas with characteristics that resembled the ones of WRC events, the calendar now finally features a true desert rally: the Abu Dhabi Desert Challenge. The third round of the FIA Cross Country Rally World Cup will be contested by five MINI ALL4 Racing vehicles. The Dakar winners, Nani Roma (ESP) and Michel Périn (FRA), will represent the Monster Energy X-raid Team colours and want to win the event for the second consecutive time. Vladimir Vasilyev (RUS) wants to keep on adding points to his World Cup tally. He currently holds second position in the World Cup ranking.

Germany’s Stephan Schott also has fond memories of the Abu Dhabi Desert Challenge. There, he secured the fine seventh place, last year. In 2014, he will contest the event together with his compatriot Andreas Schulz as his regular co-driver Holm Schmidt has to skip the rally for professional reasons. 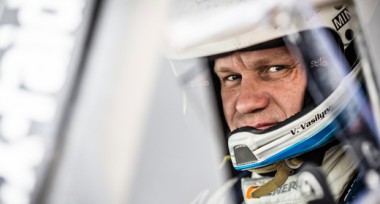 In addition to the four well-known teams, there are two pairings that will make their first rally appearances at the wheel of the MINI ALL4 Racing: the two Dutchmen Erik Van Loon und Wouter Rosegaar want to race several rallies with the X-raid team, this year. Van Loon – the 2010 Dutch Rally Champion – made his Dakar debut in 2009 and contested every edition of the tradition-rich event, since then. In 2011, he celebrated his best Dakar result to date by finishing 11th. In 2014, he had to settle for coming 27th. Kazakhstan’s Aidyn Rakhimbayev and his Russian co-driver Anton Nikolaev will race the fifth MINI ALL4 Racing.

The Abu Dhabi Desert Challenge features 1031 special stage kilometres and a total distance of 2015 kilometres. It will be started on 06th April, 2014, at the Yas Marina Formula 1 circuit and takes the competitors to the Liwa desert. On 10th April, with five stages contested, the field will return to Abu Dhabi City. 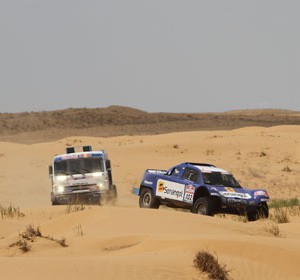 Next 21st April, the Silk Way Rally – going from Moscow to Astrakhan, through Kazakhstan - will open its entries to cars,...
Copyright 2011-2016 Rallyraid.net - RISE Network. All Right Reserved.
Back to top