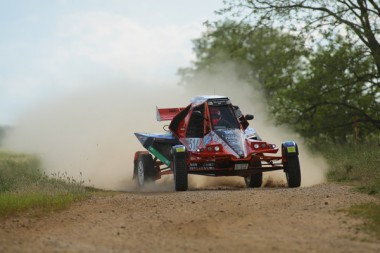 On the opening day of Riverside Baja, second round of the Hungarian Cross-Country Rally Championship, a Superspecial and a 17 km special was on the schedule for the teams. For Zoltán Hangodi and the Yamaha HQ Buggy the race didn’t really start as planned. The team, in preparation for tomorrow’s rally-type tracks, tried some brand new setup but these didn’t work as expected and there was a slight mistake in tyre choice, too. After all, the 7-8th place tied with Czech driver Tomas Ourednicek, and the 1 minute 7 second gap to the leader is not bad at all.

“We made a little mistake with tyres and with setup. We lowered the car and set it harder but this changed the whole characteristics of the suspension. This affected my result especially at the Superspecial. On the 17 km special I was able to improve and for tomorrow and Sunday we’ll work on the setup. Today was only a warmup compared to the length of the specials of the next two days, so the gap is not too big,” Hango assessed the day.

On Saturday the competitors join the field of Bükfürdő Rally, a classic rally event in the same area, and complete three rounds on the 10 km, 11 km and 7 km rally specials. On Sunday it will be the turn of longer runs again, the crews will cover a 51 km track four times, two times in one direction and two times in the opposite direction. After the long race day, the prizegiving will close the event at 6 pm in Beled. 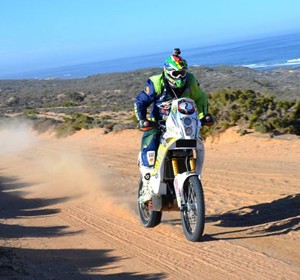 Everyone who participated in the Namaqua African Rally, a multi-stage navigational event for motorcycle and quad riders held...
Copyright 2011-2016 Rallyraid.net - RISE Network. All Right Reserved.
Back to top