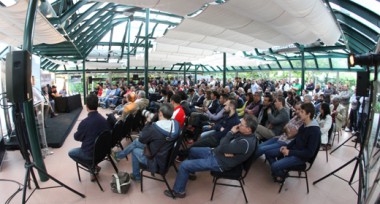 The Dakar World Tour has made a stopover in Spain, making a special visit to two titleholders, Nani Roma and Marc Coma. The two champions already have their sights set on the Dakar 2015.

In Barcelona you get the feeling that exploits are properly recognised. In the last edition of the Dakar, Marc Coma (bikes) and Nani Roma (cars) saw the Spanish flag fly high, but also the flag of Catalonia. The media and other visitors were out in force yesterday to celebrate their wins, as well as the performances of some of their gallant pursuers such as Jordi Viladoms (2nd), Laia Sanz (16th, 1st woman) or Joan Barreda (7th, and a winner of five stages). As well as the competitors who won prizes, others turned up for the Spanish presentation of the Dakar 2015. Among them, Carlos Sainz wore Peugeot attire hoping to put an end to a run of two withdrawals with this new team. Although he has not yet been able to test the Peugeot 2008 DKR he will drive next January, the man from Madrid gave some clues to his intention to give the Minis a hard time, particularly Nani Roma: “For the time being I’m training to drive a tank, to get used to driving over those who will be in front of me”. The matador has spoken! 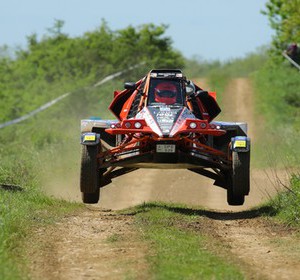 Saturday was quite special at the Riverside Baja: the cross-country rally competitors joined the field of Bükfürdő Rally...
Copyright 2011-2016 Rallyraid.net - RISE Network. All Right Reserved.
Back to top