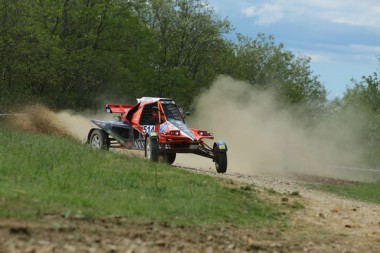 HQ Racing is through a weekend full of ups and downs: Saturday didn’t run as the team hoped for it but on the last day of Riverside Baja held a pleasant surprise for Zoltán Hangodi. Although previously he thought that Sunday’s tracks would be less favourable for the car than Saturday’s ones and beside such strong rivals as the Overdrive Toyotas there is not much chance for being at the front, Yamaha HQ Buggy disproved the expectations and rushed its driver to the podium with winning one special.

For Sunday there were four specials on the schedule, 51 km long each. Hango started off with a third time, and after two specials he climbed up to third overall and the third special he won by 43 seconds. By then his gap to the leader was a mere 28 seconds so on the fourth and last special anything could have happened but… Due to the torrential rain it was cancelled so Hango remained on the last step of the podium with winning one special. 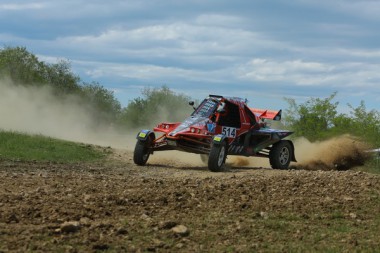 “Even I was surprised about the car’s performance on Sunday, before the rally we thought that Saturday’s tracks would suit it better. The suspension is great, practically it can go through anything. I made some mistakes, ran off the road several times but on the car there is no sign of it. I am especially delighted that I managed to win a special in this very strong field. I’m sad about the cancellation of the last special due to the huge rain – I finished third with a gap of only 28 seconds so on 51 km anything could have happened,” – said Hango after the finish.

Next round of the Hungarian Cross-Country Rally Championship will be Gyulai Várfürdő Cup in less than one month, on 6-8 June in Gyula. 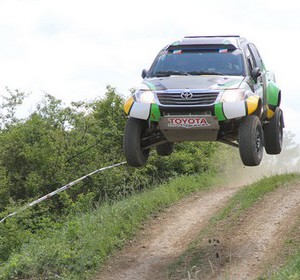