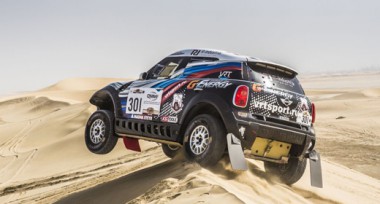 Final day of Qatar’s Sealine Cross Country Rally was really breathtaking! For Russian crew Vladimir Vasilyev/Konstantin Zhiltsov the importance of the final special stage was the highest because it’s result decided destiny of a podium. Having passed at a penultimate stage forward Adam Malysz and having admitted to Marek Dabrowski to became very close in overall standing. Russians started the final stage between two fast Polish pilots on their two Toyota’s. To win 5 minutes and climb up on the second position or to lose 5 minutes with the place on podium – it was equally possible on usual statistics.

However, having passed together already three races in this season, Vasilyev and Zhiltsov began to work rather professionally, setting for itself only maximum goals! Ready for fight with a good mood on a final 369-kilometer
special stage – this formula was a key to success and already on 150 km of the route Malysz and Dabrowski remained far behind, and on the finish line anybody didn’t get any doubts that Russians should take “silver” of rally “Sealine Cross Country Rally 2014″! 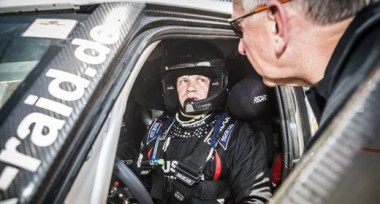 Vladimir Vasilyev: Today there was the same difficult day, as all the previous, with a very tricky navigation. One time we did navigation mistake, lost a little bit of time, but everything developed well. We took a good speed, and we managed to reserve the second position in overall classification! The car was again perfectly prepared and we did not get any technical problems. Gratitude to my co-driver Konstantin Zhiltsov, mechanics and engineers of X-Raid for a great job, my family and friends for support and to our partner G-Energy for our cooperation in this sports season!

Konstantin Zhiltsov: I think that we reached the maximum result in this race. Here, in Qatar, it was extremely difficult to fight with Nasser on his “home” land for a victory. After big failure on the fourth stage, we prepared ourselves and passed the final stage without mistakes, and despite of all pushing from Overdrive, we could show excellent time. Qatar’s race is very difficult, very specific. For us it was very good experience, worked with caps, reading the route and etc. Vladimir got a skill to control the caps during the course, that was a big help for me. The next step is race in Egypt where we will try to get the maximum result, as it is also the race with double portion of points. I think that all main rivals will go there and will try to make revenge. We should move forward as much as possible, to increase our advantage. So the show must go on!

In the final overall ranking, after five demanding stages and more than 2000 km of a distance, Nasser Al-Attiyah / Mattye Bommel (MINI All4 Racing) became the winner, ahead of Vladimir Vasilyev/Konstantin Zhiltsov (MINI All4 Racing) secured the second position, and Marek Dabrowski/Jachek Czachor (Toyota Hilux Overdrive) who finished third after overtook his team-mate Adam Malysz on a final special stage.

In general, Russian crew Vladimir Vasilyev/Konstantin Zhiltsov managed to strengthen considerably the positions in classification of the FIA World Cup 2014, and for team X-Raid the race in Qatar brought the second overall win after Abu Dhabi Desert Challenge. 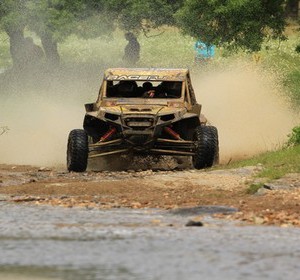 It’s was in a great mood that Reguengos de Monsaraz, in the Alentejo Region in Portugal received this year’s edition...
Copyright 2011-2016 Rallyraid.net - RISE Network. All Right Reserved.
Back to top