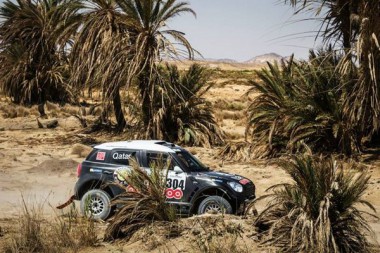 With his three stage wins, Al-Attiyah was among the fastest drivers contesting the Egyptian rally but unfortunately, he encountered a difficult start into the event. Due to a navigation mistake in stage one he lost some 13 minutes and crossed the finish line in fourth position. On the following days, however, he worked his way up step by step and even outpaced the fast Toyotas. At the end of the fifth and final stage, the fast driver from Qatar held second place and had reduced the lead of Al-Rahji to some five minutes. 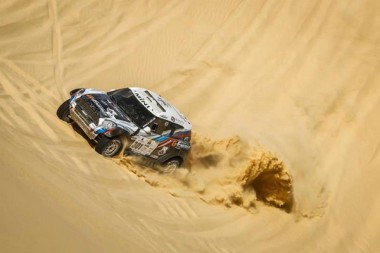 Van Loon particularly convinced with his consistency in Egypt. Apart from stage two, he finished third in every stage. On day two a v-belt problem and the following repair works cost the Dutchman nearly an hour.

By finishing fourth, Vasilyev succeeded in adding further important points to his FIA World Cup Rally tally. The Russian started into the fifth World Cup round in fine style by finishing runner-up in the first and second special stages but on day three, he was hampered by a broken suspension-arm bolt. Repairing the damage took him nearly an hour. And this wasn’t the end of the Russian’s bad luck. In the fourth special stage, he got stuck in the sand and later, the turbo stopped working. In the final stage, Vasilyev finished fourth, thus also securing fourth position in the overall standings. 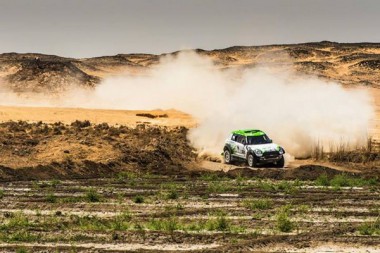 “We are happy that all our three MINI ALL4 racing vehicles made it to the finish line,” said Team Manager Sven Quandt. “The rally was extremely fast and as I see it, it was even too fast, with its average speed of more than 100kph. Furthermore, it was shown that the Toyotas can be really fast when raced by the right driver.”

In about two months (18th to 20th July), the FIA Cross Country Rally World Cup will be continued with the Baja Aragon, the sixth round on the World Cup calendar. 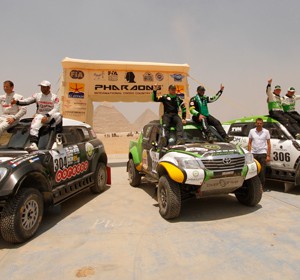 After an intense week made of desert, high temperatures and hard tracks, the arrival to the Giza pyramids is really a moment...
Copyright 2011-2016 Rallyraid.net - RISE Network. All Right Reserved.
Back to top