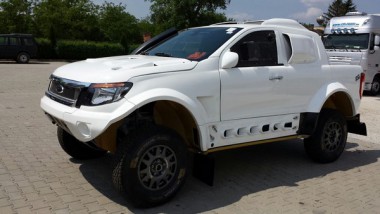 Reigning Hungarian champion Imre Fodor and his co-driver Attila Csató are switching to Ford: factory-backed Ranger can be seen for the first time in race in Europe on 6-8 June in Gyula, Hungary at Gyulai Várfürdő Cup, third round of the Hungarian Cross-Country Rally Championship.

The Ford Ranger with which reigning Hungarian champions Imre Fodor and Attila Csató start for the first time in this weekend’s Gyulai Várfürdő Cup, third round of the Hungarian Championship has just arrived in Hungary. The new race car is the newest of the only three existing factory Ford Rangers so it’s not one of those that have competed at the Dakar but a brand new one, containing the latest developments based on the experience gained in January.

“We’ve thought a lot about staying with Toyota or switching to Ford but finally we’ve come to the conclusion that on the long run, keeping the new regulations in mind, the Ranger can be the better choice. The car made its debut in the international field at this year’s Dakar and Lucio Alvarez scored some remarkable results with it. In South America the team gathered a lot of important experience and we’ll have all the new developments on board. We feel that big confidence has been put in us by getting this car and we would like to say thanks to South Racing for their help. So far we haven’t really stepped onto the international scene but I think with this car we can have such ambitions,” says Fodor.

Gyulai Várfürdő Cup starts on Friday at 3:30 pm with a ceremonial start in the downtown of Gyula and then a 4 km Superspecial. On Saturday there will be four specials on a 72 km and a 33 km track. On Sunday after three more specials the event ends at 5 pm with a prizegiving ceremony. 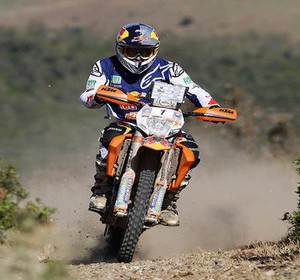 Sardegna Rally Race has always been a Rally with “something” more. The only one in Europe worthy of being a Cross-Country...
Copyright 2011-2016 Rallyraid.net - RISE Network. All Right Reserved.
Back to top