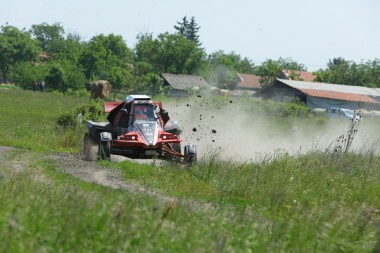 Zoltán Hangodi climbed up to 5th position at Gyulai Várfürdő Cup on Saturday. HQ Racing’s driver’s job was made harder by allergic symptoms but he was really happy about his Yamaha HQ Buggy that not only endured the gruelling tracks surrounding Gyula well but was also very fast.

“I suffered from allergic symptoms all day long, practically I hardly saw anything. I tried to get rid of that by taking medicines, that worked out, but due to its side effect in the last special I almost fell asleep and this affected my speed, too. But the car ran flawlessly, it’s fast and is able to keep up with the speed of the top drivers. The Spanish crew is less than a minute in front of us, and tomorrow still anything can happen. Before the race my goal was the podium, now I say that in this strong field I would be happy with the fourth place,” – said Hango after the finish.

On Sunday there will be three more specials with almost 140 km against the clock. Gyulai Várfürdő Cup ends with a prizegiving ceremony in the downtown of Gyula at 5 pm. 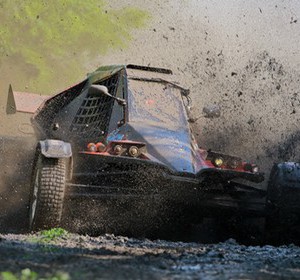 After the Superspecial, Zoltán Hangodi and the Yamaha HQ Buggy occupy the ninth position in the overall classification of Gyulai...
Copyright 2011-2016 Rallyraid.net - RISE Network. All Right Reserved.
Back to top