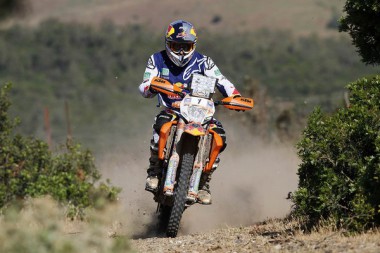 Sardegna Rally Race has always been a Rally with “something” more. The only one in Europe worthy of being a Cross-Country Rally World Championship date. The only one solely dedicated to Motorbikes. SRR is the safest because of his intrinsic technical and geographical features. Exclusive specifications combines with other uniquenesses. Sardegna Rally Race has always been the only Rally of the World Championship that is able to gather the Best Aces of the Specialty, the only Rally who called up the myths of the legend: e.g. Stephane Peterhansel, exclusively for two editions of Sardegna Rally Race. Records have to be achieved in order to be defeated, and myths have to be strenghtened.

These are nowadays myths who have responded to the call of the great challenge invented by Antonello Chiara and Gianrenzo Bazzu. Joan Barreda, Paulo Gonçalves, Helder Rodrigues, all toghether with the Honda HRC “army”. Marc Coma, Jordi Viladoms, Ruben Faria, the “officers” of the holder Brand, KTM.

And then Gerard Farres for Gas Gas, Olivier Pain and Michael Metge for Yamaha, Joan Pedrero for Sherco. Alessandro Botturi for Husqvarna, Juan Carlos Salvatierra for Speedbrain. Other World Champions. Camelia Liparoti with a Yamaha quad like the one driven by the actual Championship leader Rafal Sonik. More. Graziani against Mancini, Beta, the best Italian riders once again in competition with Riders coming from Bolivia, Belgium, Japan, Russia, Qatar, Turkey, Austria, Slovakia and from the Netherlands. Everyone is joining Sardegna Rally Race to compete with major national teams of Italy, France, Portugal and Spain. “Bigs” and Amateurs from all over the World also will meet in Sardegna: a few will compete for the most desired trophy of the World Championship, many will enjoy the opportunity offered by the Sardegna Rally Race. 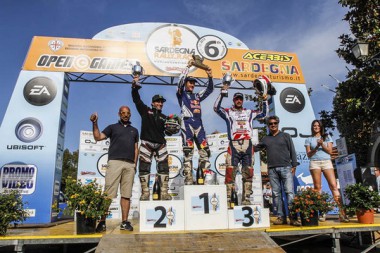 Five stages, three basic locations. The “K” factor, Compact optimized logistics
Sardegna Rally Race will be competed, as usual, in five stages. Departure and arrival of the 4th date of the Cross-Country Rally World Championship is set in San Teodoro, Bike Village’s capital and headquarter. The stages. June, the 8th , San Teodoro-Arbatax; June, the 9th, Arbatax-Arbatax; June, the 10th, Arbatax-San Leonardo (Marathon Stage and Bivouac); June, the 11th, San Leonardo-San Teodoro; June, the 12th, San Teodoro San Teodoro. As can be seen in the program and in the development of the Rally, the path is composed of three “in line” stages and two “ring” stages (starting and finishing in the same location). From a logistical point of view, this is the best. The Riders, but especially their Assistances, will have the opportunity to leave physical and mental luggages in Arbatax and in San Teodoro one more day. Everyone can also leave carts and “surplus ” in San Teodoro at the beginning of the rally with the opportunity to recover everything at the end of the Event. More practical than that … partners could not hope for more in order to “hide” the holiday following their idols.

Spectators
At the same time of the beginning of Sardegna Rally Race seventh edition, a list of Areas dedicated to spectators will be published together with GPS points so that it will be easy to reach the sites with precision. Partners and public interested in the competition will have the chance to reach crucial points of the race and the opportunity to attend to the transit of the Champions of Sardegna Rally Race 2014 edition. Starting from the prologue, a little spectacular “taste” and the prelude to the warmer phases of the Rally. As always, the public is welcome to the paddock areas and at the end of the stages. These areas will be indicated in the Rally “User Guide” that will be available to “download” from Bike Village website. 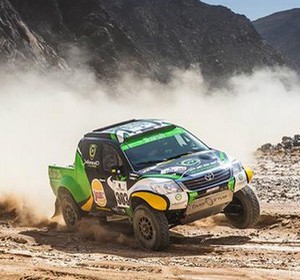