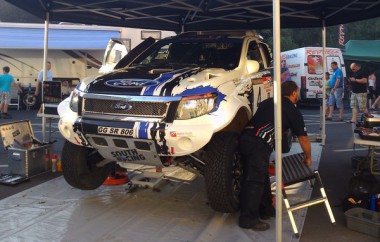 Two stage wins and one second place was the result achieved by Imre Fodor and Márk Mesterházi at the Gyulai Várfürdő Cup on Saturday, but the last special they weren’t able to finish due to an accident.

Imre Fodor and Márk Mesterházi’s race weekend in Gyula was full of ups and downs: after they clocked 5th time in the prologue, they received a 22 minutes penalty for being late from parc fermé. This put them seriously behind overall but on Saturday they quickly began climbing up in the classification by winning the first two specials. In the afternoon, in the third special they finished 2nd but in the last special of the day Gyulai Várfürdő Cup ended prematurely for the crew due to an accident.

“In our first race on the Ford we won the first two specials and clocked 2nd time in the third one – I think this says all about the car. The Ranger is very easy to handle, we managed to get used to it quite quickly and we enjoyed the whole day. Unfortunately the last special we weren’t able to finish due to an accident but overall we are very pleased, the car is fantastic,” said Fodor.

For the reigning champions the next race will be the fourth round of the Hungarian Championship taking place in Domony on 12 July, 2014. 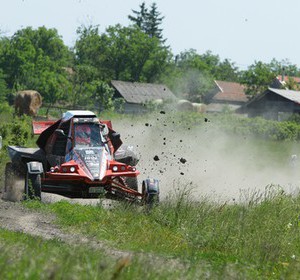 Zoltán Hangodi climbed up to 5th position at Gyulai Várfürdő Cup on Saturday. HQ Racing’s driver’s job was made harder...
Copyright 2011-2016 Rallyraid.net - RISE Network. All Right Reserved.
Back to top