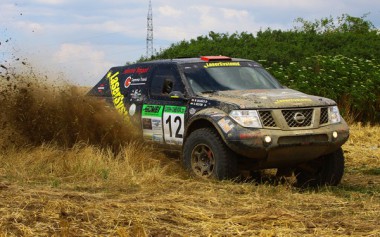 Sólyom Team had a flawless race in Domony at Adrienn-Gombi Cup, held on 12 July. HAWKING is finally just ready, so the crew Sólyom – Galbács finished third in their category and ninth overall.

Adrienn-Gombi’s team organised a rally of very nice atmosphere in Domony, but Sólyom Team didn’t return home with fond memories from the first sprint event of the year only for this reason but also because beside their achievement in their category the crew Sólyom – Galbács scored valuable points also in the overall classification. HAWKING finally gave the performance the crew expected from it so it’s no wonder that they both wriggled out from the car with bright smiles after the five short but really exciting specials. 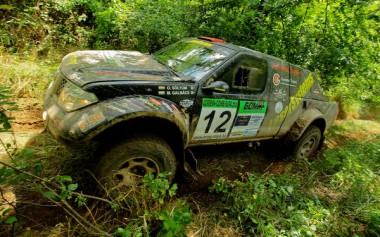 Olivér Sólyom: “The car improved a lot since the Gyula race, I enjoyed this rally. There were two tracks, one of them is a really tricky, twisty but enjoyable, the other was a bit faster but also with some technical parts. If we wouldn’t have broken a front axle-shaft in the last special, our result could have been even better. Now we’ll have a longer break, we have no more rallies until autumn. We don’t go to Pápa to the HunGarian Baja. We are not interested in a sprint type World Cup round that has been shortened by two thirds by the organiser – sprint is sprint, World Cup is World Cup.”

Mátyás Galbács: “Adrienn-Gombi Cup was good, it was fast, I enjoyed it and the car enjoyed it, too. The shorter track required top concentration, the longer was not so difficult. This race was finally a real cross-country rally, in the roadbook all marks were correct except for one but that we noticed immediately, we had no problem with that.” 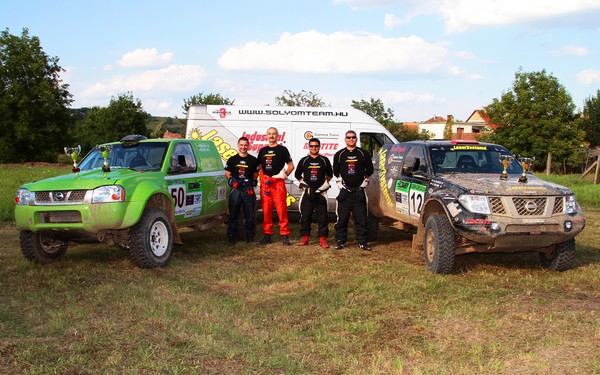 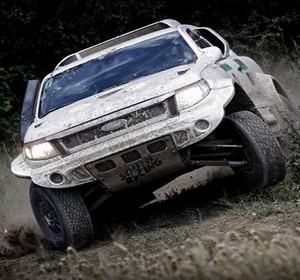 Although two punctures deprived Ford Racing Hungary of the chance for victory, with two stage wins Imre Fodor and Gergely...
Copyright 2011-2016 Rallyraid.net - RISE Network. All Right Reserved.
Back to top