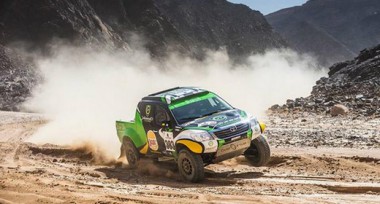 Overdrive Racing is sending five Toyota Hiluxes to Baja Spain, the sixth and most popular round of the FIA World Cup for Cross-Country Rallies, which takes place on July 18-20.

The quintet will be co-driven by their respective navigators Timo Gottshalk, Jacek Czachor, Rafal Marton, Gustavo Gugelmin and Vladimir Demyanenko.

As the season enters its second half after a two-month break, Overdrive Toyotas are well placed to claim outright honours in this year’s FIA World Cup. The Baja in Spain will be followed by events in Hungary, Poland, Morocco and Portugal.

Al-Rajhi holds a strong second position in the Drivers’ Championship and trails series leader Vladimir Vasilyev by just 39 points heading to the Aragon region of eastern Spain. His decision to switch teams in the UAE and Qatar was a costly one earlier in the season, but the Riyadh driver has taken outright wins in three of the five rounds so far in Russia, Italy and Egypt at the wheel of an Overdrive Toyota Hilux. 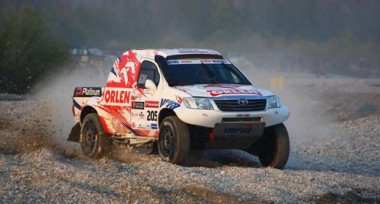 Dabrowski suffered technical issues in Egypt and this dropped him from a potential podium finish to an eventual seventh position. The former Dakar enduro rider knows that a top three result in Spain would catapult him back into contention. The Team Orlen Toyota man lies fourth in the Drivers’ Championship behind Vasilyev, Al-Rajhi and Qatar’s Nasser Saleh Al-Attiyah.

Adam Malysz drives the second of the Overdrive-run Team Orlen Toyotas and hold sixth in the championship standings and is a mere two points behind the Czech driver Miroslav Zapletal.

Varela won the Baja Italy last season but has missed several of the rounds of the series this year and is classified eighth in the rankings, two points behind the Dutchman Erik van Loon. Issabayev drives the Toyota Hilux entered by the Astana Dakar Team to complete the line-up.

“I am delighted that we have a strong and impressive line up of drivers for this popular round of the FIA World Cup,” said Overdrive team director Jean-Marc Fortin. “Four of our drivers are chasing points for the championship and the other is gaining more experience on the varied tracks and trails that are a feature of this demanding and compact event in Spain.”

The event is based at the eastern Spanish town of Teruel and the competitive action gets underway with a timed 6.5km super special stage from 19.19hrs on Friday evening (July 18).

Crews will tackle two tricky selective sections of 116km and 220km from 08.43hrs and 11.33hrs on Saturday and those stages will be repeated from 07.28hrs and 10.18hrs on Sunday morning before the ceremonial finish in Teruel on Sunday afternoon.

FIA World Cup for Cross-Country Rallies – positions after round 5: 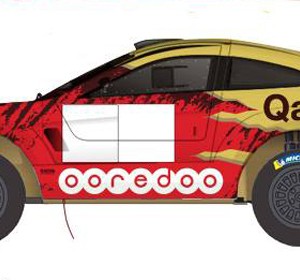 The Baja Aragon will see the substantially updated and optimized HRX Ford with two top drivers at the start. After having...
Copyright 2011-2016 Rallyraid.net - RISE Network. All Right Reserved.
Back to top