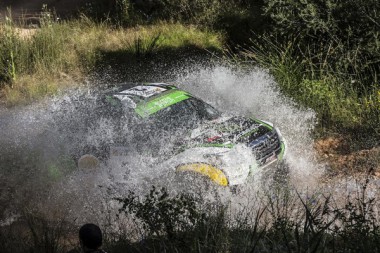 Overdrive Racing’s Reinaldo Varela, Adam Malysz and Marek Dabrowski finished fifth, ninth and 10th overall in Baja Spain, the sixth and most popular round of the FIA World Cup for Cross-Country Rallies, which finished in Teruel on Sunday.

The Brazilian pairing of Varela and Gustavo Gugelmin had been sixth overall at the start of the final day and eventually finished fifth after earlier slipping to eighth place.

The Polish duo of Malysz and navigator Rafal Marton were classified in ninth overall and Team Orlen Toyota team-mates, Dabrowski and Jacek Czachor, rounded off the top 10 in their Hilux. 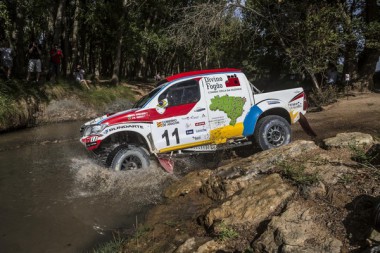 Saudi Arabian Yazeed Al-Rajhi and his German co-driver Timo Gottschalk won the opening super special stage in his Overdrive Toyota before retiring after dropping 37 minutes following an accident that occurred 80km into the first selective section. 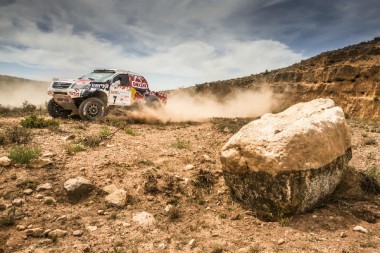 “It was obviously disappointing to lose Yazeed so early in the race, especially after he had won the super special and started the stage in the lead,” said Overdrive team director Jean-Marc Fortin. “Saying that, we had three cars inside the top 10 at the finish and a fourth car just outside the top 10.”

Al-Rajhi made the perfect start to his Baja Espana challenge and set the quickest time in the 6.5km super special stage to give himself a prime starting position for the first of Saturday’s two selective sections. He was followed in the order by Orlando Terranova and Nasser Saleh Al-Attiyah, while Overdrive Toyota team mates Varela, Dabrowski and Malysz finished the rainy super special in sixth, 10th and 16th overall.

Al-Rajhi led the 85-car field into the opening 116km Teruel loop section on Saturday morning, but the Saudi struggled and dropped 37 minutes to eventual stage winner Joan Roma and slipped from first to 32nd overall before withdrawing before the next stage.

Malysz, Varela and Dabrowski started the selective section from 16th, third and seventh on the road and reached the stage finish with the 13th, 14th and 15th quickest times and slotted into 13th, 14th and 15th overall. Issabayev completed the timed test in 23rd and held a similar position in the overall rankings.

Only 78 cars finished the opening selective section and headed towards the 217.13km section between Teruel and Calatayud. Roma was again quickest and extended his overall advantage over Terranova to 33 seconds. Varela, Malysz and Dabrowski finished the punishing section in fourth, ninth and 11th and climbed to sixth, 10th and 11th in the general classification heading into a repeat of the two timed sections on Sunday. Issabayev was 20th in the Team Astana car.

The shorter stage was repeated early on Sunday morning and Roma headed Terranova and Aleksandr Zheludov to the finish to claim the stage win.

Varela was eighth, Dabrowski finished 11th and Malysz was 15th. The Overdrive Toyota trio headed for the final stage in eighth, 10th and 11th overall, while Issabayev climbed to 17th. 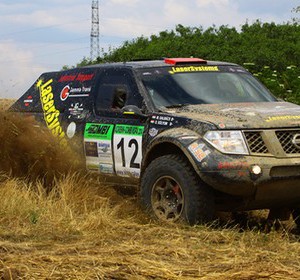 Sólyom Team had a flawless race in Domony at Adrienn-Gombi Cup, held on 12 July. HAWKING is finally just ready, so the crew...
Copyright 2011-2016 Rallyraid.net - RISE Network. All Right Reserved.
Back to top