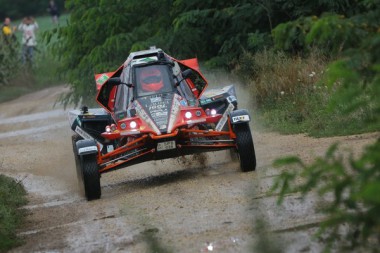 Weather conditions were once more not favourable for HQ Racing: Yamaha HQ Buggy is not big friends with rain and mud. Despite this Zoltán Hangodi finished the 55 km opening special in the 12th position which can be considered very good in the star studded field.

“There were parts where I drove really well, in fact I shouldn’t be unhappy with the 12th time today, but still I lost a lot of time due to rain, mud and lack of light. The Fedima tyres that we used for this special worked very well, I could have been much faster but I simply couldn’t see anything. Overall it was OK, I enjoyed the stage, just the service time was a bit short,” Hango said.

On Saturday another four special are scheduled; the event ends with a prizegiving ceremony during the evening. 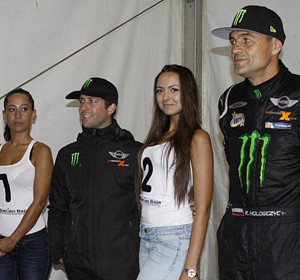 They were excited. And not just because they were choosing starting position for Saturday, but also because the organizer...
Copyright 2011-2016 Rallyraid.net - RISE Network. All Right Reserved.
Back to top