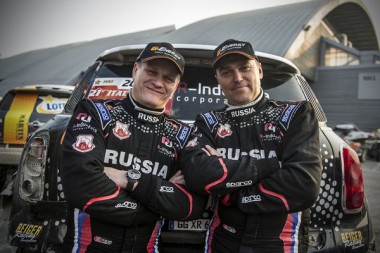 Which of these two gentlemen will reach for the triumph of the FIA Cross Country Rally World Cup? The first one has already gained 192 points and leads the classification. The latter one, after winning the Hungarian Baja approached the Russian for 56 points. Now during Baja Poland 2014 there is an opportunity to collect more valuable points.
Individual rounds of the FIA Cross Country Rally World Cup are scored depending on the length of the route of the competition. The baja-type cross-country rally is an event lasting from 1 to 3 days whose total length does not exceed 1000 km for a two-day rally and 600 km for a one-day event. Baja Poland is such an event thus according to the regulations the top ten in overall classification will gain the points as follows: 25 – 18 – 15 – 12 – 10 – 8 – 6 -4 – 2 – 1. In addition to the drivers and co-drivers of T1, T2 and T3 class cars may gain bonus points given for taking top three places in their class with 5, 3 and 1 point respectively. It means that the winner of Baja Poland 2014 may leave Szczecin with maximum 30 points – 25 for the victory and 5 more for winning the class. 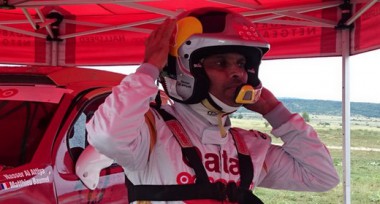 In addition to the baja type events in the World Cup calendar there are also competitions categorized as cross-country rallies. Under this name there are rounds lasting up to 8 days, during which crews may cover the route of the length 1200 to 3000 km. The longer route means more points to gain. In the cross-country rallies points for the top ten are multiplied times two. Thus, the overall winner and his class appends to his account 60 points (2 x 25 and 2 x 5 bonus).
The crews wishing to be granted in the final classification have to take part in at least one cross-country rally and one baja-type event in one season. The same concerns the team classification.
By the end of the season there are still remaining three rounds of the World Cup: Baja Poland, Rally of Morocco (cross-country) and the Baja Portalegre in Portugal. In total, there are maximum 120 points to gain in these three rallies. This means that the fight for victory in the series will be between Vladimir Vasiliev (Russia) and Nasser Al-Attiyah (Qatar). For this competition can still turn on the Saudi driver Yazeed Al-Rajhi, but his loss to leading Vasiliev is already 72 points. The mathematical chances of final triumph have also the Poles – Marek Dąbrowski and Jacek Czachor who have gathered 87 points so far. In 2013 season it was Krzysztof Hołowczyc who grabbed the title.

Punctures and great result for Yamaha HQ Buggy in Poland 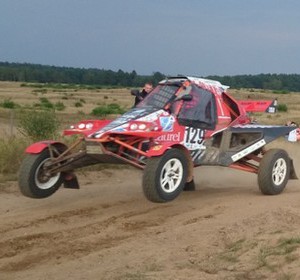 Punctures and great result for Yamaha HQ Buggy in Poland

Zoltán Hangodi and the Yamaha HQ Buggy occupy the 25th position in the overall classification of Baja Poland, eighth round...
Copyright 2011-2016 Rallyraid.net - RISE Network. All Right Reserved.
Back to top