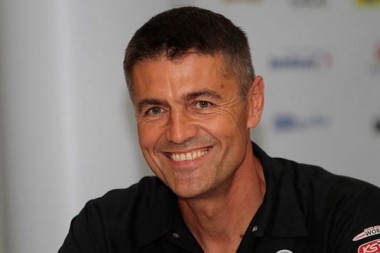 The final leg of Baja Poland 2014 didn’t start well for a current FIA World Cup classification leader Vladimir Vasilyev whose Mini All4Racing hit the tree, which fell down on the route. Because of that the stage was interrupted for a longer period of time. The car of a Russian is too badly damaged to continue.

Today it is all about mixed weather in Szczecin. Heavy downpours don’t make competitors’ lives easier and many of them stresses that the conditions are extremely difficult. In the World Cup FIM classification it is Andren Mare from Monaco who leads the field (Yamaha YZ450), while Kamil Wiśniewski is the fastest driver in quads.

Krzysztof Hołowczyc / Xavier Panseri (Mini All4Racing):
– It is very slippery. Now we have to respect the car and our advantage. I drove sensibly and clean although I missed one junction and had to reverse.

Adam Małysz / Rafał Marton (Toyota Hilux Overdrive):
– The stage was terrible. I couldn’t stay on the road. I’m more tired than yesterday when we drove in Drawsko.

Martin Kaczmarski / Tapio Suominen (Mini All4Racing):
– The stage was incredibly dangerous. I don’t know how it will be during the second run. I believe the stage should be cancelled. At that test I had more dangerous moments than in the whole my career.

Marek Dąbrowski / Jacek Czachor (Toyota Hilux Overdrive):
– Everything is fine with the car now. It is very slippery on the route.

Hołowczyc triumphs for the fourth time! 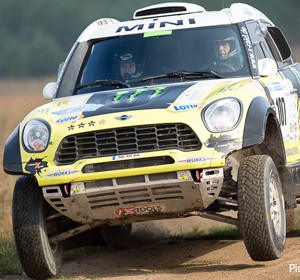 Krzysztof Hołowczyc won both runs of Poligon Drawski stage totalling 192 km. This gave him a solid lead in Baja Poland...
Copyright 2011-2016 Rallyraid.net - RISE Network. All Right Reserved.
Back to top