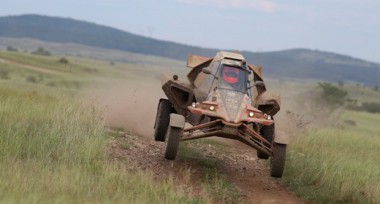 Zoltán Hangodi and the Yamaha HQ Buggy finished 19th overall and 12th in the national championship classification in HunGarian Baja, seventh round of FIA World Cup for Cross-Country Rallies and fifth round of the Hungarian Championship.

Zoltán Hangodi celebrated his birthday at the HunGarian Baja once again but unfortunately his only wish was not fulfilled: he didn’t have a problem free run. However, the Pápa based event was extremely important for the driver of HQ Racing as it counted for the national championship with coefficient 3 and was also a round of the World Cup.

On Saturday there were four specials on schedule but Hango’s race was spoiled already in the very first one by a puncture. As he had only rear spare tyre, he had to finish the special with a ‘lapsided’ car that resulted in a quite poor time. Next to follow was the famous “military area” track, and to start there with a car hardly drivable would have been not only useless but also dangerous, so Hango decided to forfait. For the two specials in the afternoon, of course, he rejoined the race and the closing special on the “military area” track he managed to have a good run despite the unfavourable conditions, so his overall impression of the event is positive.

“I had a puncture in the first special in the morning and as I had only rear spare wheel, I had to mount it front left. Next would have been the special at the military area, but I didn’t want to start there with a car hardly drivable so I went back to the service park instead and forfaited. I rejoined the race for the two afternoon specials, and in the last one I managed to have a really good run and enjoyed it very much. In the evening I had a very nice birthday celebration for which I want to say thanks to all.

Overall this was a good race. With the puncture unfortunately the good result was gone, but it’s important that I managed to finish the race and I won the T3 classification of the World Cup,” Hango said.

The team doesn’t have too much time to relax after HunGarian Baja as on 28-31 August the World Cup continues with Baja Poland in Szczecin.

Rally dos Sertões / Cars: Varela and Gugelmin were the best duo in the Prologue in Goiânia 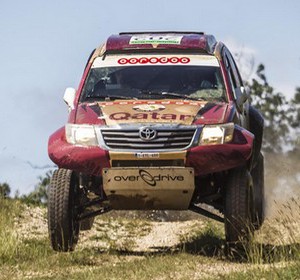