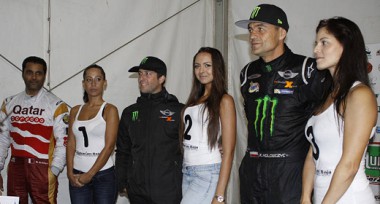 They were excited. And not just because they were choosing starting position for Saturday, but also because the organizer of the HunGarian Baja prepared them a little surprise. Unusually they haven’t used a magnetic board for choosing their start position, but the numbers were written on pretty girls T-shirt.

Would they choose the prettiest girl or the better place? They were joking and pushing each other around, but, eventually won the professionalism, and everyone choose the „start position”, which they actually wanted to go.

So the starting order for Saturday is as follows: 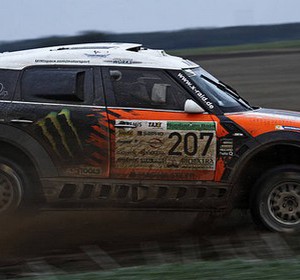 At the Hungarian World Cup race HunGarian Baja competitors were heating up in rain for Saturday – 58.37 kilometers performed...
Copyright 2011-2016 Rallyraid.net - RISE Network. All Right Reserved.
Back to top