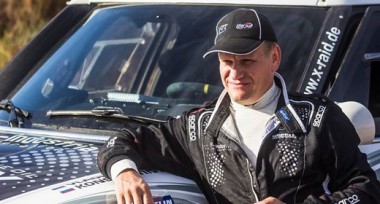 The competitors came slowly – but the rain… Like hell.

What does this mean? The track is getting more and more wet. Many of the competitors were happy with this (such as the Hungarians who love to drive on mud and sliding), but many of them didn’t like it really (one guy from Saudi Arabia hates racing on wet-muddy paths, because in his country never rains, so he prayed for the good weather).

But this is the cross country rally – that’s why competitors like this sport. Because you always have to adapt to the circumstances.
And today it was the rain. In the Hungarian Cross Country World Cup race (HunGarian Baja) only the test was held on Thursday – so it was not too serious.

And at the end everyone had a big mouth to ear.

„Competitors began the test in heavy rain and finished it in sunshine. Everybody who matters was there: three factory Toyota ranks of the Dakar-winner Nasser Al-Attiyah, four Minis, the ranks of the World Cup-leader Vladimir Vasilyev, of course Boris Gadasin with his Proto, the Hungarian Championship-leader Antal Fekete and the best Hungarian at last year’s HunGarian Baja Pal Lónyai, who tested his new car. The test-track was 2.5 km long, and competitors could try out their cars and make the last changes of the setup. The rain surprised a little bit everyone, the FIA priority drivers were in a big trouble, because they have to choose tyres for the whole weekend. Will it be wet or dry? This is the question. But at least everybody was happy to be able to return to the military area of Veszprém” – said the main organizer, Zoltán Garamvölgyi.

In the same time in the service area (Papa, next to the Sport Hall) comptetitors went through of the paperwork (administrative check) and scutineering (they got the most modern GPS-tracking system…) which will continue on Friday.

HunGarian Baja: “I’m coming to fight and to win the race!” 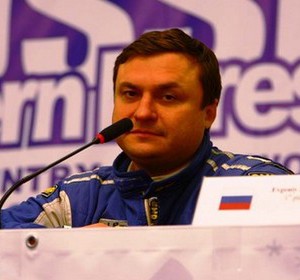 After the halfpoint of the season, there is a nice battle on in the T2 World Cup with Andrey Rudskoy in the lead. We asked...
Copyright 2011-2016 Rallyraid.net - RISE Network. All Right Reserved.
Back to top