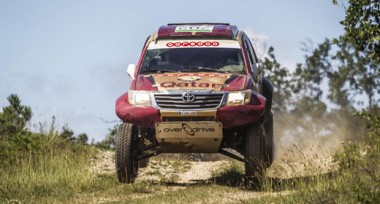 The Belgian Overdrive Racing Team continues its hectic August by entering five Toyota Hiluxes in this weekend’s Baja Poland, round eight of the 2014 FIA World Cup for Cross-Country Rallies.

The three-day Polish event, which is centred in the town of Szczecin Bezrzecze is an important one for the Overdrive Team for three different reasons and takes place on August 29-31.

Qatar’s Nasser Saleh Al-Attiyah and his French navigator Matthieu Baumel are chasing outright honours in this year’s FIA World Cup, the Polish Team Orlen quartet of Marek Dabrowski/Jacek Czachor and Adam Malysz/Rafal Marton will be hoping to reach the podium on their home round of the championship and the talented Dutchman Bernhard Ten Brinke joins the team for the first time with Belgian co-driver Tom Colsoul to begin their preparations for the 2015 Dakar Rally.

Polish driver Tadeusz ‘Taddy’ Blażusiak drives the third Team Orlen car under the Overdrive Racing banner and is partnered by the Frenchman Edouard Boulanger. The 31-year-old Pole is an esteemed motorcycle rider in trials, enduro and endurocross and is a five-time winner of the Erzberg Rodeo, a four-time champion in the FIM Indoor Enduro World Cup and a winner of the AMA EnduroCross title on five occasions. He has also won four Moto X Enduro gold medals and a bronze at the X Games.

The Overdrive Racing team is also taking part in this week’s 22nd Rally dos Sertões in Brazil with the local duo of Reinaldo Varela and Gustavo Gugelmin. The pair won the Prologue and the first of the selective sections on Sunday. This event reaches its conclusion on Saturday, August 30th.

The team also plans to enter one Toyota Hilux in the exciting Great China Rally, which takes place at the start of September and has been organised by the Chinese in collaboration with former Dakar Rally chief organiser and consultant Hubert Auriol. The experienced Zhou Yong will drive the car. He has already taken part in several Dakar rallies.

Al-Attiyah and Baumel sealed a dramatic last stage win in the Hungarian Baja two weeks ago and know that a second successive outright victory would give them a superb chance of overhauling Vladimir Vasilyev at the top of the FIA World Cup standings with two more rallies to follow in Morocco and Portugal.

Dabrowski finished eighth two weeks ago after earlier delays and Malysz will be hoping to bounce back from a disappointing outing in Hungary. Overdrive Racing’s team director Jean-Marc Fortin announced Ten Brinke was joining the team last month and the Dutchman is relishing his opportunity to work with the Belgian team in Poland.

“This is an important rally for everyone connected with our team,” said Jean-Marc Fortin. “Nasser needs to keep the momentum going if he is to win the FIA World Cup for the second time and both Marek and Adam will want to perform well in front of their home supporters and hopefully, challenge for the podium. It is great to have Bernhard and Tom in the team and we wish them well and are confident that they will be competitive from the start. We also give a warm welcome to Taddy and Edouard and look forward to working with them this weekend.”

In 2012, Overdrive Racing only fielded two cars in Poland for Szymon Ruta and the Hungarian Erik Korda, but the team enjoyed a superb result last year, with Russian Aleksandr Zheludov claiming the outright win from Dabrowski. Malysz finished fourth and a time penalty cost Nunzio Coffaro a potential second place and he reached the finish in fifth to give Overdrive Racing four cars in the top five.

The competition gets underway on Friday evening with the start ceremony at the Sports and Entertainment Arena in Szczecin Bezrzecze at 17.30hrs (CET) and this will be followed by an 8.00km Prologue stage, starting at 18.00hrs.

The first of the longer selective sections (Poligon Drawski 192.00km) gets underway at 08.00hrs on Saturday morning and this will be repeated from 14.00hrs in the afternoon. A shorter 65.00km selective section (Dobra) is run on two occasions on Sunday morning (09.15hrs) and early afternoon (13.15hrs) and the podium finish is planned for 15.30hrs. In a total route of 795.50km, there will be 522km of competition. 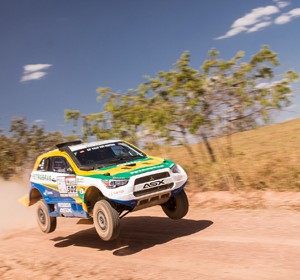 With the special test reduced for safety reasons, competitors of the Rally dos Sertões forced the pace in the race of the 2nd stage...
Copyright 2011-2016 Rallyraid.net - RISE Network. All Right Reserved.
Back to top