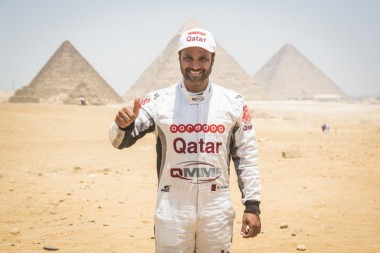 The event is based at the historic baroque town of Pápa in Veszprém county and takes place on August 14-16.

Al-Attiyah returns to the team with whom he won the Saudi Arabian Ha’il Baja and will drive a car similar to the one he plans to drive at the 2015 Dakar Rally. The Qatari has experimented with several cars this season, but is relishing the prospect of adding to the 106 points he has already scored in this year’s FIA World Cup that have catapulted him into third place in the points’ standings behind Russian driver Vladimir Vasilyev and Saudi Arabian rival Yazeed Al-Rajhi.

Al-Attiyah – winner of the Hungarian event in 2008 – will again be co-driven by the experienced Frenchman Matthieu Baumel. 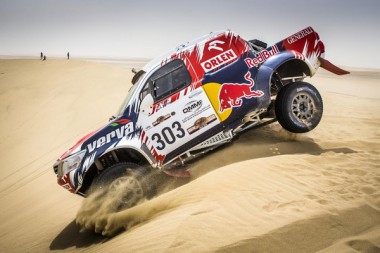 Dabrowski and Malysz hold fourth and sixth in the FIA World Cup standings in the Team Orlen Toyotas and head to Hungary with their respective Polish co-drivers Jacek Czachor and Rafal Marton. The pair have achieved several consistent results this season with the V8-powered Hiluxes that are run by the Belgian Overdrive team in conjunction with Hallspeed of South Africa.

“We are delighted to welcome Nasser back to the team,” said Overdrive Racing’s team director Jean-Marc Fortin. “He will be with Overdrive Racing and Toyota in Hungary and Poland, for sure. We have a strong three-car line-up and will be pushing hard for the win. Nasser needs to get back into contention for the championship and what better way to do that than to take a win in Hungary.”

The Overdrive Racing team’s best result to date on the Hungarian Baja was third overall for the Venezuelan driver Nunzio Coffaro last year.

Administration checks will take place at the Városi Sportcsarnok on Thursday afternoon (August 14) and Friday (August 15) morning, before the ceremonial start and the first 55.5km stage take place on Friday evening.

Four timed selective sections of 73.5km, 120.5km, 73.5km and 120.5km are planned for Saturday (August 16), before the event reaches a conclusion with the prize giving ceremony at the Városi Sportcsarnok in Pápa on Saturday evening.

HunGarian Baja: “It will not be easy to win or reach the podium…” 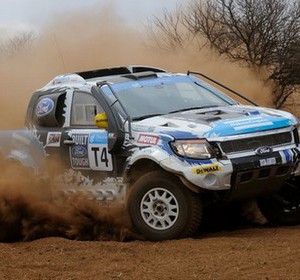