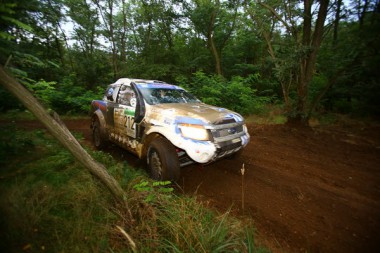 One month after their successful World Cup outing, Imre Fodor and Márk Mesterházi are heading to Nagykálló to Adrenalin Energy Drink Cup, sixth round of the Hungarian Cross-Country Rally Championship.

For the crew Imre Fodor – Márk Mesterházi and their Ford Ranger cross-country rally season continues with Adrenalin Energy Drink Cup in Nagykálló on 19-21 September. The location is memorable for Fodor as last April, he drove in race for the first time after years of absence there and the venue, that time season-opener, was the first step of the long way leading to the championship title. The tracks of South Nyírség are among the best in the Hungarian Championship, and although mud can make crews’ lives significantly harder, the driver of 4×4 Hungary expects a pleasant race around Nagykálló.

“I have very fond memories of Nagykálló, people were very friendly to us everywhere and there wer a lot of spectators both at the tracks and in the Service Park. This is always great to see. After HunGarian Baja the car received the normal maintenance and preparation, but we didn’t have anything special to solve. As for the championship, we are currently third but our disadvantage is quite huge so our chance for title defence are purely mathematically. I think the tracks around Nagykálló will suit us and the Ranger very well, I hope for good racing,” Fodor said.

The program of Adrenalin Energy Drink Cup begins Friday morning with administrative checks and scrutineering, followed by a start ceremony from 4 pm in Szabadság square, Nagykálló. After Friday afternoon’s 6 km prologue, on Saturday five, on Sunday four specials are scheduled. The event, with a total distance of more than 450 km, ends with a prizegiving ceremony on Sunday afternoon. 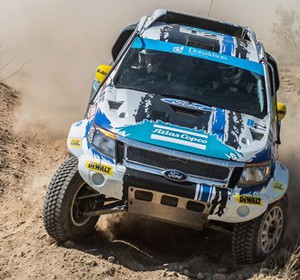 Atlas Copco Ford Racing earned a resounding and well-deserved victory on the Vryburg 450, round six of the Donaldson Cross...
Copyright 2011-2016 Rallyraid.net - RISE Network. All Right Reserved.
Back to top