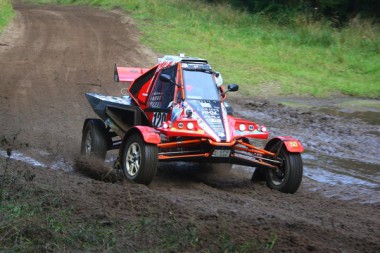 Zoltán Hangodi and HQ Racing are through busy times: in less than one month they took part in three races and this weekend will also be loud with roaring engines in the Hungarian Cross-Country Rally Championship, this time the field visits South Nyírség. Nagykálló is a beloved venue for Hango, and not only because of the excellent tracks: in 2012 Klement Mosquito celebrated its debut race here. The T3 vehicle, of course, has gone through the usual preparation since Baja Poland and the team is looking forward to one of the most pleasant races in Hungary. Moreover, at Adrenalin Energy Drink Cup he can compete against a fantastic rival: five times Dakar winner Josef Machacek will also start, in another Klement Mosquito.

“In Nagykálló the race is always good, people are very nice, we have many friends here. I love the tracks, too, as much as I remember I clocked a good time already at my first attempt, although those were my very first race kilometres with the car. I am particularly pleased by having such a brilliant driver as Josef Machacek as rival. His starting here is a big leap forward but also a big challenge for me: besides being five times Dakar winner in quads, he’s been competing in buggies for a couple of years and with great results,” Hango said.

On Friday, after the ceremonial start at 4 pm, crews of Adrenalin Energy Drink Cup warm up with a 6 km prologue, followed by five specials on Saturday and four more on Sunday. Race ends with a prizegiving ceremony on Sunday afternoon. 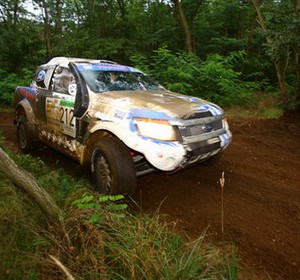 One month after their successful World Cup outing, Imre Fodor and Márk Mesterházi are heading to Nagykálló to Adrenalin...
Copyright 2011-2016 Rallyraid.net - RISE Network. All Right Reserved.
Back to top