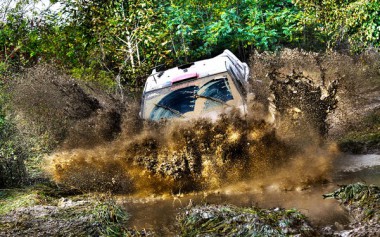 Problems kept coming, but in spite of that Sólyom Team completed Euro-Tools Cup in Etyek in good mood. At the end the joy was even bigger as Olivér Sólyom and Mátyás Galbács received the trophies for 6th place overall and 3rd place in their category, and the crew Gyabronka – Patay for 1st place in TH category.

Olivér Sólyom: “We expected to have several things to repair on the car, but I wouldn’t have thought that there could be so many problems in three specials. We realised during the first kilometre that the brand new mud tires are good for nothing. Because of this, in the corners HAWKING was uncontrollable, in the straights at a certain speed started to have a will on its own. Then something happened to the steering as well, because during turning it became ragged and its back-lash increased. Well, during sliding this wasn’t so annoying. In the third special the windscreen washer broke down, and the engine got water, which caused that only 3 cylinders were working. We suffered to get out of the track, we had a forfait, and tried to go back to the service park, but our pace was so slow that we weren’t able to join the rally again on time. We had to put the car to the parc ferme.

Apart from the technical problems, this was a very good race, we enjoyed it until we could. I think Etyek is an excellent location for a cross-country rally event. Our special thanks goes to Imre Fodor for not letting this race to be lost, but organised it at all costs.”

Mátyás Galbács: “We’ve never had such amount of problems in one race. I wanted to force Olivér to go on, but now I think he was right. It’s better to bring the car home in one piece, then leaving it in a ditch broken.”

Sólyom Team continues to fight at the closing round of the season, Nissan-Interspar Kupa in Gyula on 16 November, 2014. 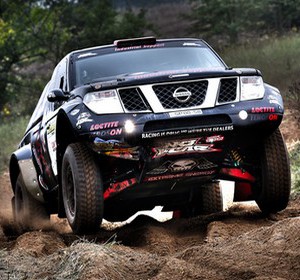 Time has come again for the Etyek sprint event, it’s hardly a week to go until EURO-TOOLS Cup, held on 25 October. Sólyom...
Copyright 2011-2016 Rallyraid.net - RISE Network. All Right Reserved.
Back to top