Desperately in the finish – Gyula, we love you! 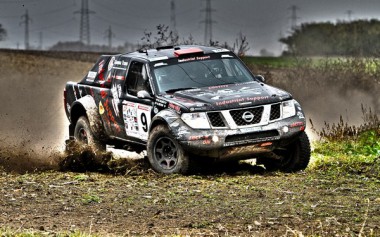 If a cross-country rally is held in Gyula, it’s almost certain that even the simplest event turns into an unexpected, huge pile of surprises. In this case the easiest is to let whirled along by the occurences. The crew of Sólyom Team, Olivér Sólyom and Mátyás Galbács acted this way: they contemplated the actions of Nissan-Interspar Cup almost as an outsider.

Olivér Sólyom: “Our sufferings began with a broken gear signal, I had to keep in mind in which gear is the transmission at the moment. Then after some kilometres from the start of the first special two cylinders stopped in the engine. We completed the whole rally with wrong gear-changes and only four cylinders. Then in the last special the rain arrived, too. I don’t think I need to explain what these three together mean in racing. We didn’t use forfait only to be beaten in race. We were a little bit desperate that we are going to lose our third place in the category at the end of the season.” 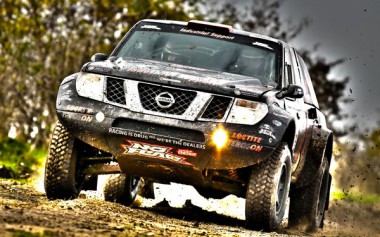 Mátyás Galbács: “In the last specials we were only able to laugh at our sufferings. We imagined ourselves through the eyes of the spectators who could have no idea about our problems, only saw that we were hardly able to keep the car on the track.”

Finally everything ended in the best way, because Zdeněk Pořízek, who competes in the same category, didn’t place his car in the parc fermé, so the crew Sólyom – Galbács finished second and they were able to keep their podium place in the championship.

Olivér Sólyom: “In the parc fermé we received the news that Zdeněk put his car on the trailer because he had to rush home and can’t wait for the prizegiving. In my opinion he simply didn’t want to affect the final classification of the Hungarian championship. This was such a fairplay action that I haven’t experienced in cross-country rallies in the past ten years.

Altogether, despite all problems, I really enjoyed the rally. I am happy with being able to race on the tracks near Gyula two times during the season, and I am even more convinced now about the reason for existence of the sprint events. I hope that GTA will organise the rally again next year.”

Results of Sólyom Team according to the provisional classification of the 2014 Hungarian Championship: 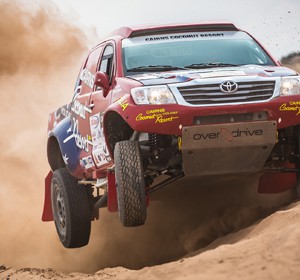 Belgium’s Overdrive Racing and Hallspeed of South Africa have joined forces and will send a 100-strong team of personnel...
Copyright 2011-2016 Rallyraid.net - RISE Network. All Right Reserved.
Back to top