MINI ALL4 Racing remains a class of its own 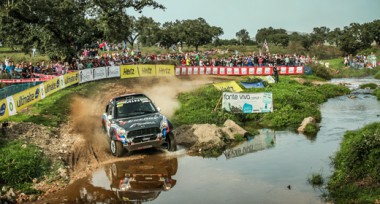 Vladimir Vasilyev and Konstantin Zhiltsov made it! With their MINI ALL4 Racing, they won the FIA Cross Country Rally World Cup. In the Baja Portalegre 500, the final round on the FIA World Cup calendar, finishing sixth proved to be enough for them for defending their championship lead. Including this success, a total of nine World Cup titles have been won by vehicles built by X-raid GmbH. Meanwhile, the Portuguese pairing Ricardo Porém / Manuel Porém won the Baja Portalegre in their MINI ALL4 Racing to also secure the title in the Portuguese Off Road Championship. Filipe Campos (POR) / Joana Sotto-Mayor (POR) took their MINI ALL4 Racing to fifth place. 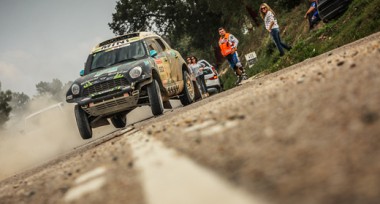 Having finished 10th in the 2014 Dakar, in January, Vasilyev contested the entire FIA Cross County Rally World Cup with the MINI ALL4 Racing. And at the end of the day, the 45-year old had to leave only one of the venues of the 10 World Cup rounds held all around the world empty-handed – while he won the Abu Dhabi Desert Challenge, finished runner-up in the Baja Russia – Northern Forest and Qatar’s Sealine Rally and also made it to the top five in the other World Cup rounds. Thanks to this consistency, he travelled to the Baja Portalegre with a 20-point lead over Nasser Al-Attiyah.

As there were just 30 more points to be awarded, in Portugal, the driver from Qatar had to push to keep his championship chances alive by finishing first or second respectively. But even if Al-Attiyah had won the event, finishing fourth would have been enough for Vasilyev. In the end, Al-Attiyah had to settle for finishing second and so, the Russian could keep Al-Attiyah at bay and clinch the title by coming sixth. With 10 rounds contested, Vasilyev won the title with 224 points on his tally, seven points ahead of Al-Attiyah (217) in second position. 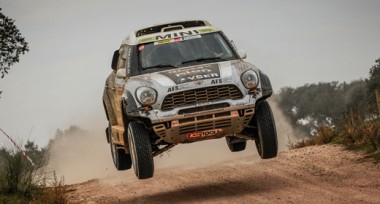 “The Baja Portalegre was a very successful event for us,” beamed Team Manager Sven Quandt. “Congratulations to Vladimir on his World Cup title. He delivered in tactically clever style, yesterday and today – and in addition, we were lucky. At the same time, I also have to congratulate Ricardo. A fantastic performance and he deserved to win. And the fifth place secured by Filipe and Joana completes our great team result.” 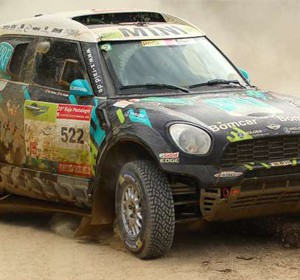 Ricardo Porém (Mini All4 Racing) won the 28th Baja Portalegre 500, the last round of the FIA World Cup for Cross Country...
Copyright 2011-2016 Rallyraid.net - RISE Network. All Right Reserved.
Back to top