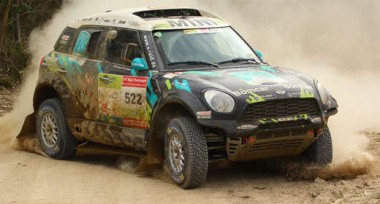 Ricardo Porém (Mini All4 Racing) won the 28th Baja Portalegre 500, the last round of the FIA World Cup for Cross Country Rallies, as well as of the National Championship. The result represented a double victory since Porém got the title. At the same time, Russian Vladimir Vasiliev, also in Mini, finished the Baja in sixth, a result which has proved to be enough to ensure the World Cup title.

Behind Porém on the Automóvel Club de Portugal event, Nasser Al-Attiyah (FOrd HRX) finished in second, 1:33s adrift from the Portuguese, while Brazilian Reinaldo Valera drove his Toyota Hilux to the last step of the rostrum, 2:40s from the winner. 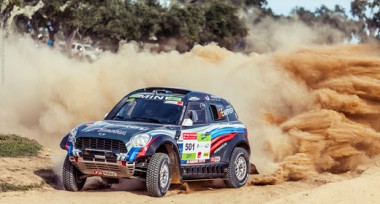 The Qatari gave it all to take the World Cup home, but he ended up short, not only owing to his second place on the event, but also due to Vasiliev’s sixth place. In fact, the Baja wasn’t easy for Nasser, with a problem on his windscreen wiper on SS2 costing him precious time. Portuguese Miguel Barbosa (Mitsubishi Racing Lancer) was another driver with eyes set on rapping the season with a title, the National Championship title. However, he also ended the year in second, behind Porém.

But there was more to the Baja Portalegre 500 than the duels for the crowns. The ACP event saw three different names leading. The first one was Nasser Al-Attiyah, winning SSS1, then was João Ramos, in spite of a crash he had two turns from the end of SS2. Ramos then had mechanical problems which made him drop to eighth, while, at the same time, Porém reached the lead. 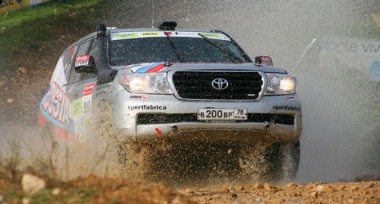 Filipe Campos (Mini All4 Racing) was also one of the top drivers during the morning, but after getting lost he ended up crashing with Rómulo Branco (Toyota Hilux). Campos finished fifth, while Branco was eighth. On the other hand, Nuno Matos, driving at home, took his Opel Mokka to the seventh position, while Miroslav Zapletal (Hummer H3) and Paulo Ferreira completed the top 10.

As far as the T2 is concerned, Andrey Rudskoy drove his Toyota Land Cruiser to the first place. Within the national event, Luís Dias came back to the competition in a very good condition to take the win.

MINI ALL4 Racing remains a class of its own 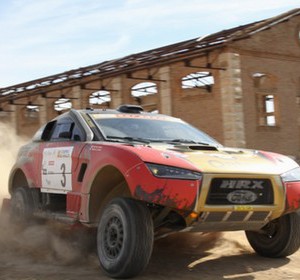 This weekend the town of Portalegre in the East of Portugal will host the season closer of FIA World Cup for Cross-Country...
Copyright 2011-2016 Rallyraid.net - RISE Network. All Right Reserved.
Back to top