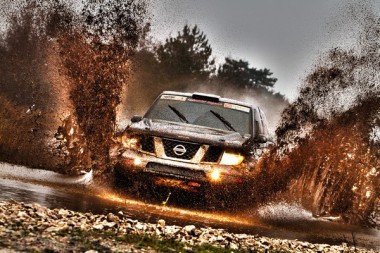 2014 edition of Santa Claus Rally didn’t run as planned for the crew Sólyom – Galbács. In the third special the vehicle of Sólyom Team, that had technical problem, collided with the crew Lónyai – Garamvölgyi. The accident resulted in only material damage, the crews discussed the case, and parted in great friendship. Unfortunately because of a technical problem the crew had to withdraw from the race.

Olivér Sólyom: “As long as it lasted, we really enjoyed this year’s Santa Claus rally. Approaching a bigger water surface I noticed the cameras, and as usual, I went wild. Saying ‘a picture worth everything’ I didn’t step off the gas. Unfortunately I arrived a bit awry, and the engine took in water that came from wrong direction. The rest of the special we had to complete at walking pace. The mirror and the side window was muddy, so I told Matyi to check at the U-turns if anyone caught up with us. At a left turn I pulled out to the right, to be able to turn using momentum. This was the moment when Pál hit us. After the special we both stopped at the side to discuss the case. They thought that we pulled out to let them pass. And we didn’t know they were there.”

Mátyás Galbács: “Rain was a bit disturbing for me, but I enjoyed the race. What happened is lamentable, but it’s not very important. We had a good drive, and I am looking forward to the next season.”

2014 racing season has ended for Sólyom Team. Rebuilding of HAWKING has already started, and soon a new car is to arrive to the team, that the members of the team want to be a surprise for the moment. Hence they revealed that in 2015 the name of the crew Sólyom – Galbács will appear in one more kind of motorsport…

Robby Gordon at Race of Champions 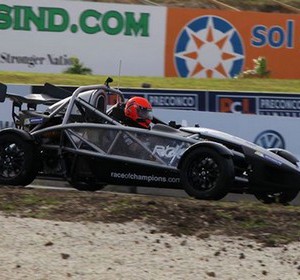 Robby Gordon at Race of Champions

Robby Gordon takes part in this weekend's Race of Champions in Barbados. In Saturday's Nations Cup the American dare-devil,...
Copyright 2011-2016 Rallyraid.net - RISE Network. All Right Reserved.
Back to top