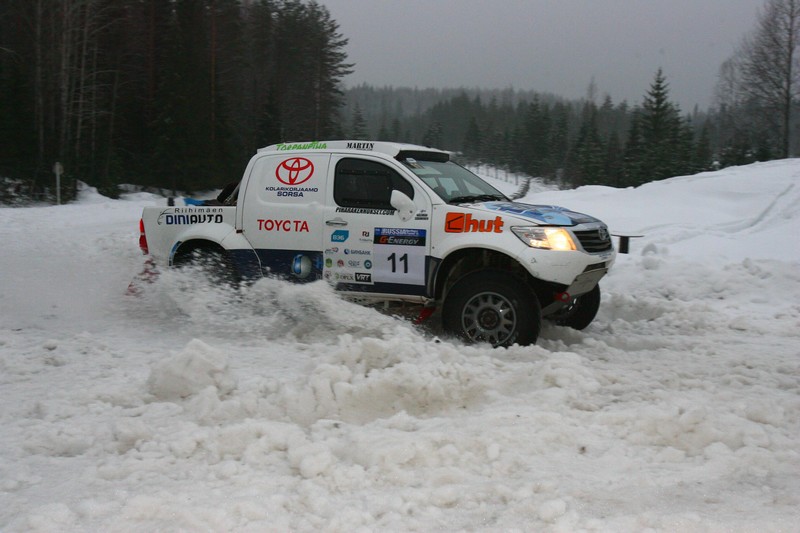 After yesterday’s stage the organisers did their best to repair the track before the field of Baja Russia – Northern Forest attack it for a second time on Sunday morning, this time in the opposite direction. Although all competitors reported about much improved conditions, still there were some dangerous stones in the road that took their victims.

Finn Jouni Ampuja, who already has a second place under his belt in the most prestigious cross-country rally race in Russia, scored an outright victory in the 2015 edition of Baja Russia – Northern Forest. His ex-navigator Tapio Suominen, leader of the race after Saturday’s stage, finished second overall but one the World Cup classification in front of defending World Cup champion Vladimir Vasilyev and Brazilian Reinaldo Varela. 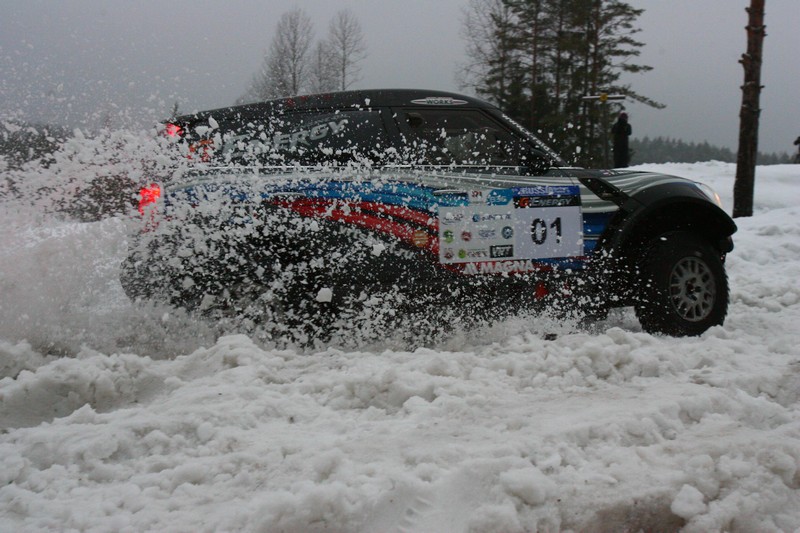 Vasilyev (Mini) really did his best to be able to catch his rivals and win his home race again after 2013 both overall, and even more importantly in the World Cup classification. But all his efforts were in vain against the flying Finns: although Saturday’s hero, Tapio Lauronen (Mitsubishi L200) crashed out of the race, Jouni Ampuja in his MPR11 (an old factory Mitsubishi) and Tapio Suominen (Overdrive Toyota) kept their advantage.

Despite a bad start (only 11th place in the prologue) Brazilian Reinaldo Varela managed to climb on the podium of the World Cup classification, just like he did last year. On Sunday the Toyota crew’s main goal was to avoid mistakes that could cost them their second podium in Russia. 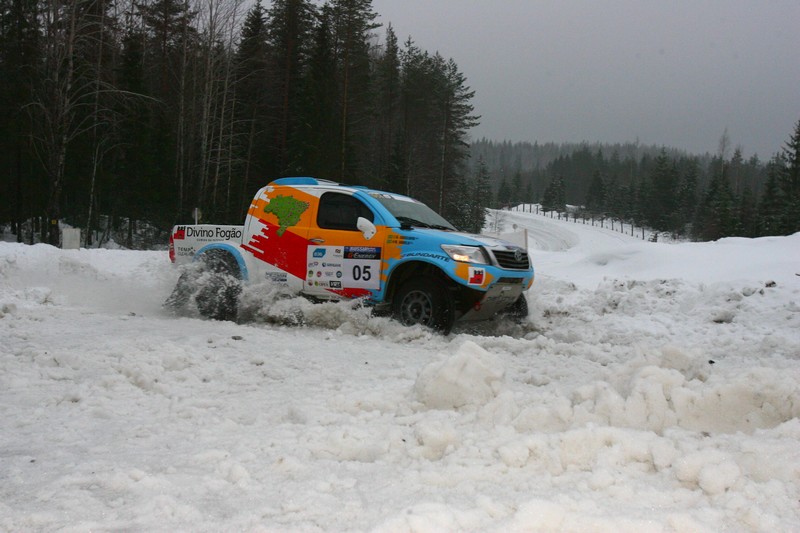 Miroslav Zapletal was caught by Erik Van Loon at km 50, but after that he stayed behind the Mini until the finish. The Czech driver was very happy with the performance of his H3 EVO throughout the weekend. Erik Van Loon tackled Sunday’s stage with new setup too regain some of the grip he lost due to wrong choice of tires. The new settings worked well, giving the crew an enjoyable ride.

Andrey Novikov was a bit disappointed with Sunday’s stage – because he found it too easy, especially compared to Saturday. Generally he was happy with the race and also with his excellent 6th place in World Cup classification. Seventh in the World Cup classification, Yevgeniy Firsov had a day full of adventures: first he helped Marek Dabrowski who rolled his Toyota, then his Nissan was hit by Aldis Vilcans. 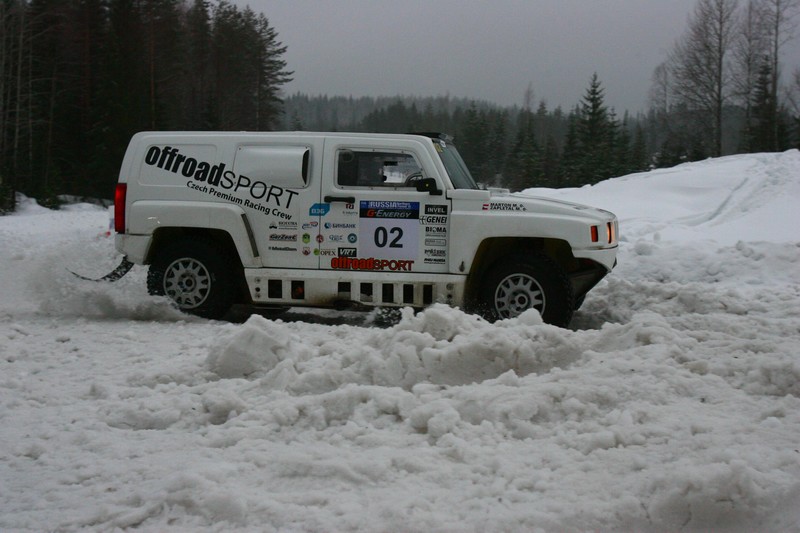 In category T2 fight was on up until the last 500 metres. Finally Kazakhstan’s Denis Berezovskiy finished first in front of Russian Aleksandr Kolembet and Aleksandr Terentyev.

Maciej Marton (co-driver of Miroslav Zapletal): „After about 50 kilometres Van Loon caught us, but after that we stayed on his bumper to the finish Everything OK, Special stage just little more damaged than yesterday. The car is running perfectly, we are very happy with it.

Tapio Suominen: „Today it was much better because the track was cleared but in some places it was not nice to go as first car. I enjoyed the day. My compatriots are very fast and they have much cleaner road behind us, so we are having a good fight.” 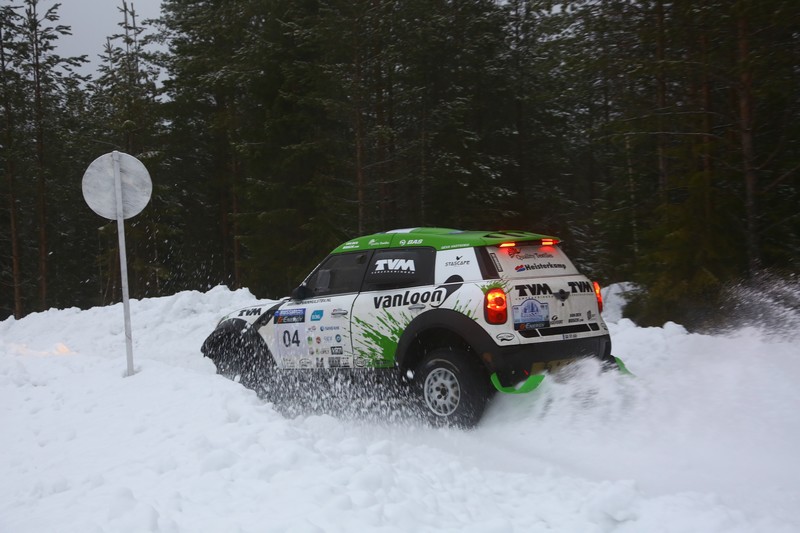 Wouter Rosegaar (co-driver of Erik Van Loon): „Yesterday we changed the settings to get more grip. We can’t changes our tires due to FIA regulations, so we had to find new settings to get more grip. Now it’s not perfect but much better than yesterday. We had a good stage, the track had some more snow, a few centimetres, the whole picture was good and we enjoyed it a lot.”

Gustavo Gugelmin (co-driver of Reinaldo Varela): „The stage was very good, much better than yesterday, there was more ice on the track, so it was more pleasure to drive. It was very nice today. It was difficult to fight with Vasilyev, he knows very well how to drive on snow, so we concentrated on not making any mistakes and reach the podium.” 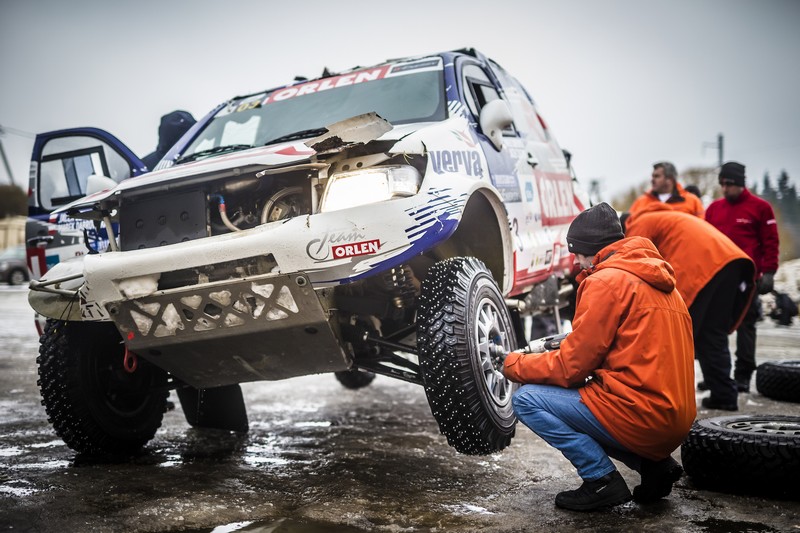 Marek Dabrowski: „We jumped and we caught a little bit the snow, fell off the road and rolled the car. Yevgeniy Firsov helped us.”

Yevgeniy Firsov: „Marek Dabrowski was on roof, and he is our friend, so of course we helped him. We pulled him back to his tires. But his car blocked the road and he wasn’t able to restart it for some minutes. Then finally we were able to rejoin the race. Later we saw Aldis Vilcans in our mirror, and he somehow crashed into our car. But this is motorosport, and we are in the finish, unlike many other cars.” 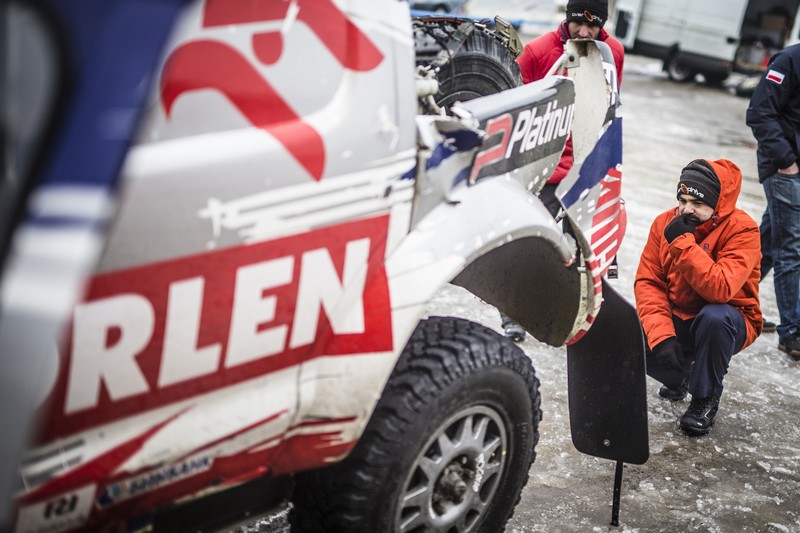 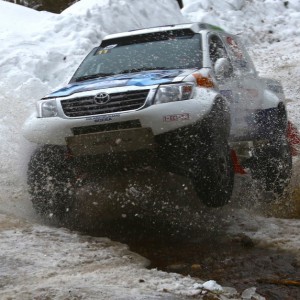 After Saturday’s 158 km special, Finland’s Tapio Lauronen was the fastest while his compatriot Tapio Suominen took the lead...
Copyright 2011-2016 Rallyraid.net - RISE Network. All Right Reserved.
Back to top