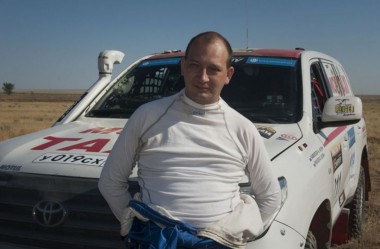 The GEORAID team‘s crew Artem Varenzov and Roman Elagin will be starting at Northern Forest 2015 in two series – in Russian Cross-Country Rally Championship and in FIA World Cup. Varenzov/Elagin duo is the most titled Russian crew in T2 category (Production).

The driver Artem Vasnezov is a FIA World Rallycross Championship T2 winner, a runner-up of Africa Eco Race 2009, Russian Cross-Country Cup holder. He had taken part in baja “Russia – Northern Forest” many times before his winning race in 2009 which became a starting point for an up-and-coming World Cup season.

His co-driver Roman Elagin is a three-time FIA World Cup T2 winner, Russian Cross-Country Rally 2007 champion who had never missed the winter baja since 2007’s. In 2010 Roman persisted in the race with his broken leg dressed in a special splint showing true dedication to the labour of his life.

Toyota LC 200 which proved its reliability in the tough conditions of Dakar 2014 is ready to fight tooth and nail against such rivals as Riccardo Garosci, Sheikh Hamad Al Thani, Andrey Rudskoy, Alexander Terentyev, Alexandr Kolembet, and others.

Artem Varenzov: Ice and snow terrains are unpredictable and treacherous enough to put a strain on a driver. We got the chance to study the region in summer and it struck me with its tricky routes. Lots of crooks and counter-slops. In winter such terrain requires deep concentration and a sort of defensive driving that won’t let driver’s leg relax.

Roman Elagin: The Karelian routes seem to be made for cross-country races. This is apparently so with areas along the Russian-Finland’s border; heaps of ramps. In this race it is the driver who is going to be under stress load while the co-driver can only give a piece of advice or edit the direction. The race requires both drivers’ concentration from start to finish. To my mind weather is going to be the bottom line as it is sure to determine the surface and car behavior. What is more important is that it won’t be thawing. 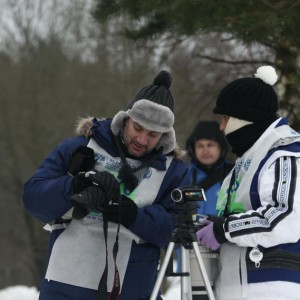 Cross-country rally is not limited only to fast cars, drivers, co-drivers, and treacherous routes. It comprises so much more...
Copyright 2011-2016 Rallyraid.net - RISE Network. All Right Reserved.
Back to top