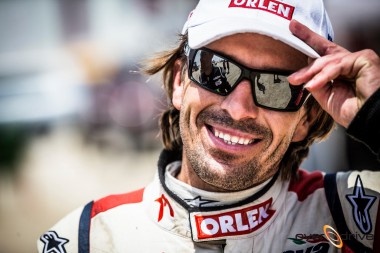 The polish driver Marek Dabrowski started his racing career as a rider back in 1989. Having finished in his first Dakar marathon in 2000 he reached as high as the 11th position in Bikes’ classification in Dakar, and in 2014 Marek changed his bike for a 4×4 vehicle to become 7th. All in all, the Polish driver has 7 Dakar races under his belt.

Marek Dabrowski at the wheel of a Belgian Overdrive Racing Toyota Hilux prototype and Jacek Czachor as his co-driver will be wearing the colours of their sponsor ORLEN.

In 2014 Russia – Northern Forest, Marek and Jacek conquered the 5th spot despite numerous technical problems. In his interview, Marek told the press service of the baja about his debut in Northern Forest 2014.

Marek Dabrowski: We did our best going on the very verge of our car’s capacities. One moment, the engine just refused to run at low speed, we had to drive in the upper range and were very lucky to reach the finish line of the section. On our final day we gathered more speed and were showing good results when suddenly motor oil pressure dropped to nothing and we reached the finish with all warning indicators on the panel flashing. That was a great race, lots of preparations, and what is most important we could test ourselves in winter conditions.

What are your plans for this year?

Marek Dabrowski: I am planning to race in all FIA World Cup rounds, and for the first of them I am going to Russia. I have visited the country 4 or 5 times already, but the Northern Forest baja was my first Russian race last year. Before then, I had not had any winter racing experience. This year the race will be located in an unfamiliar region, but I am sure the race is going to be spectacular and we’ll see what will be the outcome of it for our crew. 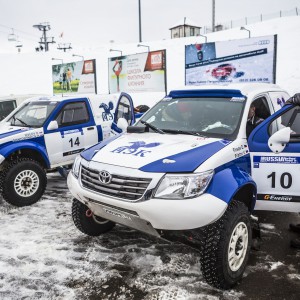